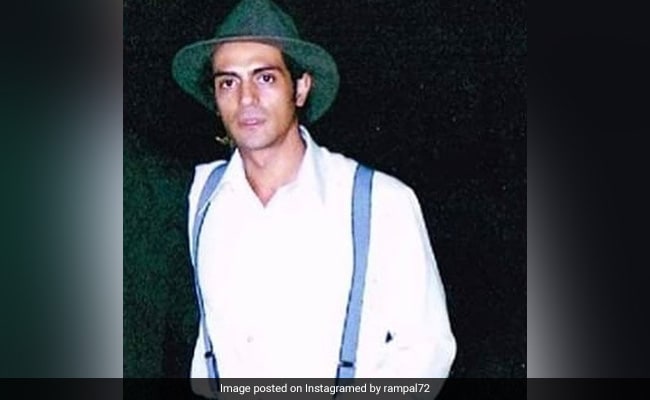 Arjun Rampal made the best use of "Throwback Thursday" and posted a picture from his modelling days on his Instagram profile. On Thursday, the 47-year-old actor shared a picture on the photograph sharing application, in which he can be seen dressed in a white shirt, dungarees and a green hat. Arjun captioned the post: "Once upon a time in Mumbai." He accompanied the caption with the hashtag #throwbackthursday." However, the actor's girlfriend Gabriella Demetriades stole our hearts with her interesting caption. "Nice but I prefer the 2020 version ," she wrote and added an emoji along with it.

Once upon a time in Mumbai. #throwbackthursday 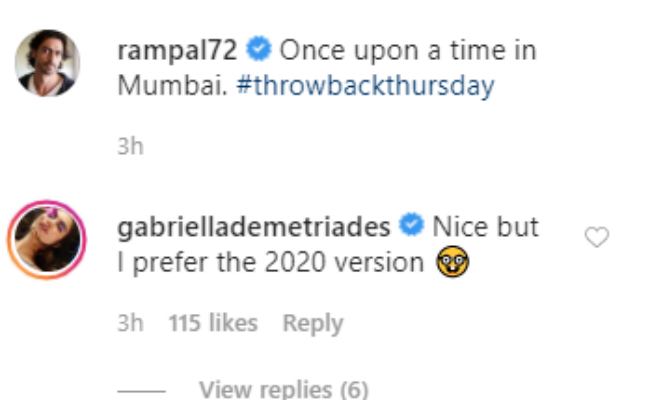 The couple, who have been dating for more than a year, welcomed their first child together - a son named Arik, in July last year. On Sunday, both Gabriella and Arjun posted super cute pictures along with Arik on their social media profiles. ICYMI, take a look at the aforementioned posts here:

A post shared by Gabriella Demetriades (@gabriellademetriades) on Feb 8, 2020 at 7:19pm PST

On the work front, Arjun Rampal was last seen in the web-series The Final Call. In terms of films, his last big release was the 2018 film Paltan, directed by JP Dutta. The actor is best-known for his performances in films such as Ra.One, Om Shanti Om, Heroine, Inkaar and many others.

Gabriella, a South African model who owns a label with the name Deme Love. Arjun Rampal has two daughters Mahikaa and Myra with former wife Mehr Jesia. On the work front, the actor is yet to announce any new project.