Kunal Kemmu’s fans were elated to see the vintage image. 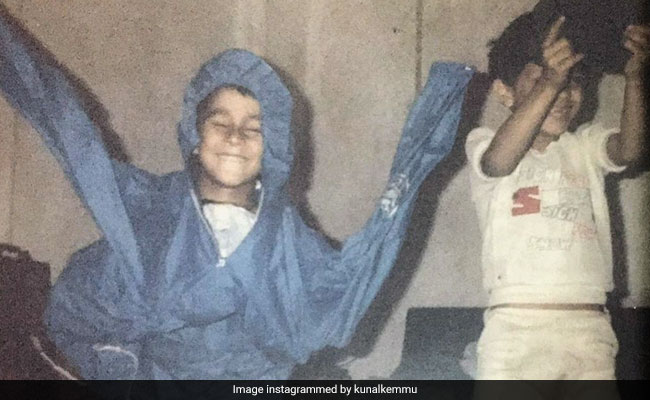 Kunal Kemmu has always spread happiness, not just through his films but also with his social media posts. The latest on the list of posts from Kunal Kemmu that has the Internet smiling is a throwback photo. In it, the actor is seen as a little boy, grooving with joy wearing a jacket that is thrice his size. With an impish grin and radiating happiness, Kunal Kemmu looks cute as ever. And, this picture also describes how he feels about Sundays, the actor mentioned in the caption. In the caption, he wrote, “Sunday mood since forever.” He also added the hashtags “Sunday mood”, “wonder years” and “funny guy.”

Fans of the actor loved the image, calling him cute and dropping heart emojis. Take a look.

Such vintage pictures from Kunal Kemmu's “wonder years” are a regular fixture on his Instagram timeline. Recently, the actor had the Internet playing the guessing game when he shared a picture of his school days. The image is a class photo taken when Kunal was a student at the Burn Hall School in Srinagar.

In the caption, Kunal Kemmu wrote, “One from my wonder years. Spot me if you can.” In a second image, the actor shared a zoomed-in photo of himself from the original picture. The actor is seen sitting on the extreme left of the bottom-most row.

And, it surely looks like Kunal loved his school days. On the occasion of Janmashtami, he shared a throwback photo of himself dressed in a Lord Krishna costume. In the caption, he wrote, “Janmashtami brings back old memories of ‘pot breaking' by forming a human pyramid. This picture takes me back to those days."

Actor Pratik Gandhi reacted to the image and wrote, “One of the mandatory get-ups in school fancy dress competitions.”

Kunal Kemmu is married to actress Soha Ali Khan. They have a daughter named Inaaya Naumi Kemmu. He made his debut with Sir in 1993 as a child actor.  He made his debut in a leading role with Kalyug.  He last appeared in the 2020 film Lootcase.