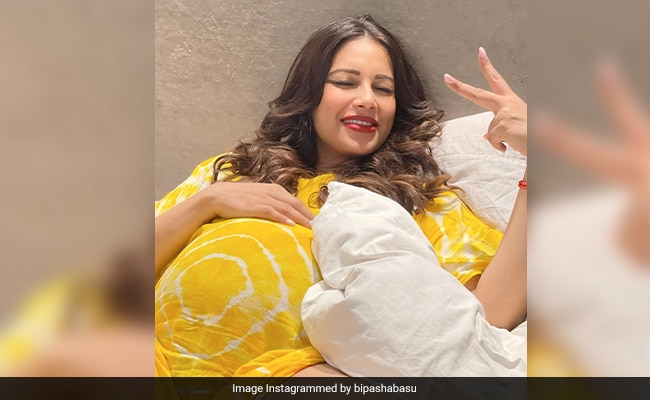 Bipasha Basu, who is expecting her first child with husband Karan Singh Grover, shared a set of pictures from her maternity diaries. In the pictures, the mom-to-be can be seen chilling as she poses in a yellow OOTD. The actress captioned the post: "Love yourself. Mama-to-be." She revealed in her caption that the picture was clicked by her husband and actor Karan Singh Grover. "Hubby." Bipasha Basu announced her pregnancy in August this year. Bipasha Basu met Karan Singh Grover during the shooting of the 2015 film Alone. The couple got married on April 2016 as per Bengali traditions. They later hosted a reception for their industry friends, which was attended by several Bollywood stars. The couple co-starred in the web-series Dangerous.