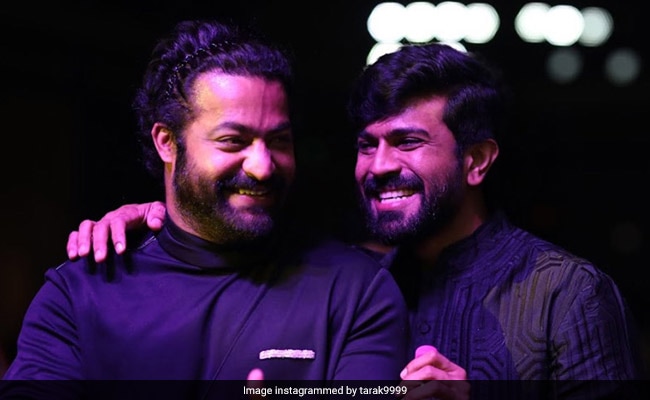 On Friendship Day 2019, South star Jr NTR wished his co-star and friend Ram Charan with an awesome message that can double up as a warm hug. Jr NTR and Ram Charan co-star in SS Rajamouli's much talked-about project RRR the makers of which started the hashtag "#RRRYehDosti" on Friendship Day. Jr NTR borrowed a quote from Greek philosopher Socrates to "define" the bond he shares with Ram Charan and wrote: "'Be slow to fall into friendship... but when thou art in... continue firm and constant' - Socrates ... Perhaps no other quote defines our friendship better #RRRYehDosti." Take a look at Ram Charan and Jr NTR's bromance here:

"Be slow to fall into friendship...but when thou art in..continue firm and constant" - Socrates ... Perhaps no other quote defines our friendship better #RRRYehDostipic.twitter.com/4ec9KyEFh3

Rajamouli, best known for helming the Baahubali series, is making RRR based on the fictional story of two revolutionaries from pre-independence era, 1920 to be specific. RRR is special on various levels - other than casting the two superstars together, this film also marks the Bollywood debuts of Alia Bhatt and Ajay Devgn. Alia has been roped in to play the role of Sita, Ram Charan's love interest while the makers are yet to finalise the female lead opposite Jr NTR. Ram Charan has been cast as revolutionary Alluri Sitarama Raju while Jr NTR features as revolutionary tribal leader Komaram Bheem.

RRR went on floors in November 2018 and the launch was also attended by Rajamouli's Baahubali star Prabhas and antagonist Rana Daggubati. The first clap for the film was given by legendary actor Chiranjeevi, Ram Charan's father.

RRR is reportedly being made on a mega budget of Rs 300 crore and also apparently has a Rs 45 crore battle sequence. The film will open in cinemas in Hindi, Tamil, Telugu and Malayalam in July next year.