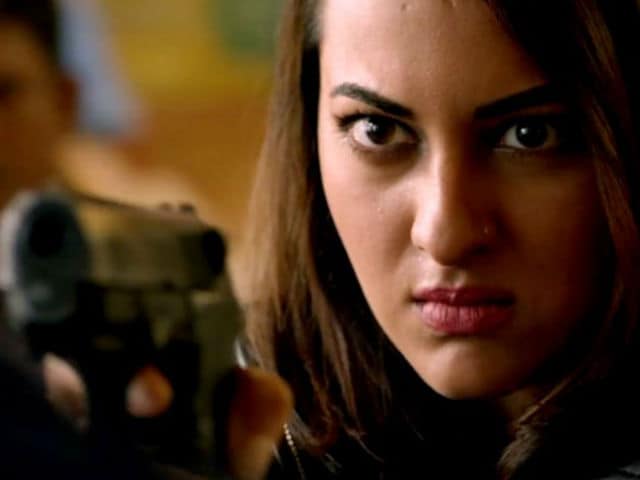 New Delhi: It seems like Akira was just a trailer as Sonakshi Sinha loves the action genre and the feeling is mutual. The 29-year-old actress stood out in the trailer of action thriller film Force 2, in which she stars with John Abraham and Tahir Raj Bhasin.

John, 43, proved his expertise and fine finesse in action with films like Force, Rocky Handsome, Dhoom and Race 2. He strikes perfectly again in Force 2.

Tahir Raj Bhasin, the creepy villain of Mardaani who was applauded by critics and audience alike, is back as, well, another creepy villain named Shiv. This time he's on a mission to destroy RAW, India's primary intelligence agency.

Promoted
Listen to the latest songs, only on JioSaavn.com
Mumbai's ACP Yashvardhan (John) teams with KK (Sonakshi) to save the RAW agents on Shiv's list. The three-minute trailer is replete with high octane action scenes and pretty commendable stunts featuring John and Sonakshi.


Genelia D'Souza has a special appearance in the film but doesn't appear in the trailer. The trailer of Abhinay Deo's Force 2 released on Thursday while the film will hit the screens on November 18.