For Vidya Balan, Playing Shakuntala Devi Was "As Intimidating As It Was Exhilarating"

"Her story is inspirational and makes you see how if we believe in ourselves, the world is our oyster," said Vidya Balan 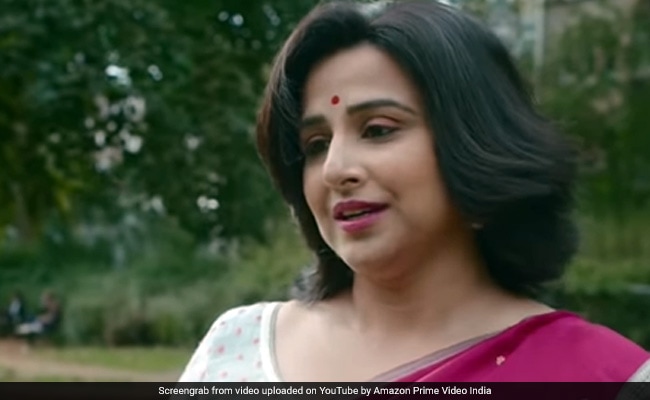 The trailer of Vidya Balan's upcoming film Shakuntala Devi released on Wednesday and it has been trending since then on social media. The actress, who has been garnering a whole lot of praise for playing the role of mathematical wizard Shakuntala Devi in the film, said that showcasing the journey of the celebrated mathematician onscreen was "as intimidating" for her as it was "exhilarating," reported news agency PTI. Talking about working on the project, that will soon release on Prime Video on July 31, Vidya Balan said in a statement: "Stepping into the world of Shakuntala Devi was as intimidating as it was exhilarating. Her story is inspirational and makes you see how if we believe in ourselves, the world is our oyster," reported PTI.

Shakuntala Devi, who died in 2013, was also called the "human computer" for her impressive ability to solve complex calculations quickly. Her genius was first discovered at the age of 5, when she solved a math problem for 18-year-old students without much effort. She excelled in the field of mathematics and earned a place in the 1982 edition of The Guinness Book of World Records for 13-digit multiplication in 28 seconds.

In the Anu Menon-directed film, Sanya Malhotra plays the role of Shakuntala Devi's daughter Anupama while Jisshu Sengupta plays her husband. The film was earlier scheduled to release on May 8 but due to the ongoing coronavirus pandemic, the makers decided to premiere it on an OTT platform.

Speaking about the digital release of her film, Vidya Balan said: "A direct release on Prime Video will bring Shakuntala Devi one step closer to audiences across the globe where they can watch the movie at their convenience."

Shakuntala Devi, which also explores the mathematician's relationship with her daughter, is produced by Sony Pictures Networks Productions and Vikram Malhotra.