"Thrilled that we will be able to entertain you in these unprecedented times," wrote Vidya 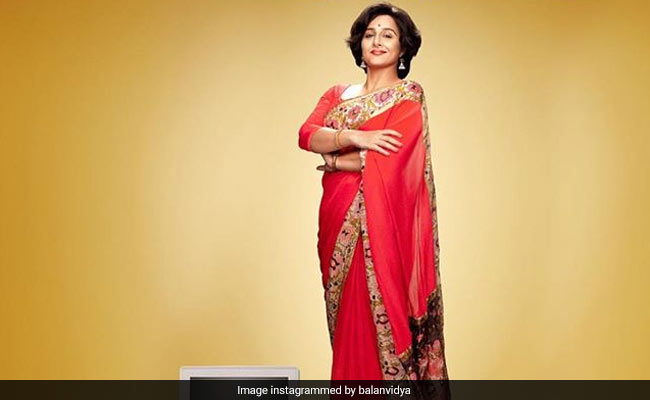 It's official! Vidya Balan's Shakuntala Devi will also release on Prime Video instead of threatres. The news of Shakuntala Devi's digital release arrived a day after Amitabh Bachchan and Ayushmann Khurrana announced that their film Gulabo Sitabo will premiere on the streaming platform on June 12. Written and directed by Anu Menon, the film was earlier scheduled to release on May 8 but due to the ongoing coronavirus pandemic, the makers chose to premiere their film online as a precaution to slow the spread of the virus. Sharing a new poster and release details of Shakuntala Devi, Vidya, who plays the role of the math wizard in the film, wrote: "Delighted to announce that you will get to see Shakuntala Devi very soon on Prime Video with all your loved ones. Thrilled that we will be able to entertain you in these unprecedented times."

The film is a biopic on late mathematical wizard Shakuntala Devi, who was also called the "human computer" for her impressive ability to solve complex calculations quickly. Shakuntala Devi's genius was first discovered at the age of 5, when she solved a math problem for 18-year-old students. She excelled in the field of mathematics and earned a place in the 1982 edition of The Guinness Book of World Records.

Speaking about playing Shakuntala Devi in the film, Vidya Balan had earlier told news agency PTI: "I am extremely excited to play the human computer, Shakuntala Devi, on the big screen. She was truly someone who embraced her individuality, had a strong feminist voice and braved many a naysayer to reach the pinnacle of success."

Talking about the shift in the Bollywood films' releases, Vijay Subramaniam, the Director and Head of Content, Amazon Prime Video, India told news agency Reuters: "There will be a reset in the way that producers and studios think about their portfolios." Report of the digital release of Akshay Kumar's Laxmmi Bomb is also doing the rounds on the Internet. However, the makers have not confirmed the news yet.