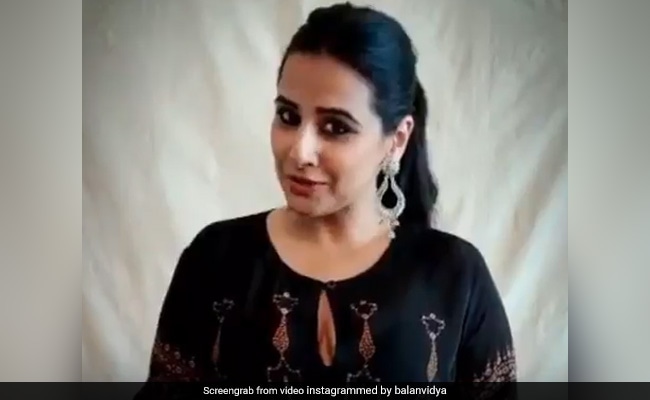 "A date which is a number 8, when added with the month and year number, again adds up to 8. Fir se maths class waali feeling agyi na? Koi nahi, aapke language mein batati hun," she can be heard saying in the second half of the clip before revealing the answer in emojis i.e. May 8, 2020.

So, now you know that Shakuntala Devi will hit theatres near you in the second week of May next year.

Sharing the clip on social media, Vidya Balan wrote: "Get ready to be enamoured by her wit, charm and of course, genius! Watch the video to know when Shakuntala Devi is coming to theatres near you!"

Shakuntala Devi's genius was first discovered at the age of 5, when she solved a math problem for 18-year-old students. She excelled in the field of mathematics and earned a place in the 1982 edition of The Guinness Book of World Records. She was also an astrologer, cookbook author and a novelist. Shakuntala Devi travelled the world demonstrating her mathematical ideas - at colleges, in theatres, on radio and on television.

Earlier, talking about playing Shakuntala Devi in the film, Vidya Balan told news agency PTI: "I am extremely excited to play the human computer, Shakuntala Devi, on the big screen. She was truly someone who embraced her individuality, had a strong feminist voice and braved many a naysayer to reach the pinnacle of success."

She has also released the first poster and teaser of the film. In case you haven't checked it out yet, take a look: