The trailer of Dil Bechara releases on July 6 while the movie will premiere on Disney+Hotstar on July 24. 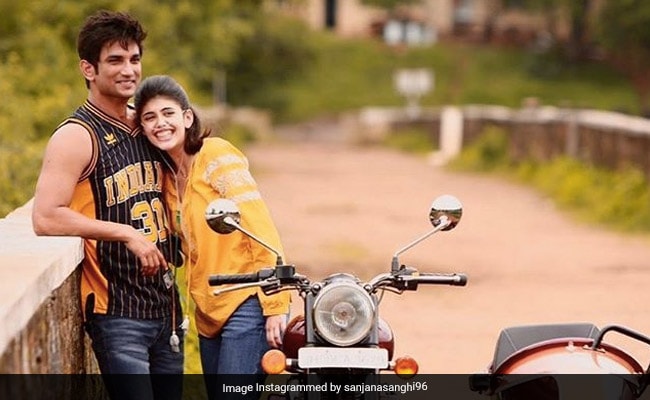 Singer Armaan Malik, who announced a reunion track with brother Amaal Malik over the weekend, rescheduled the release of the single to let give the day entirely to the trailer of late actor Sushant Singh Rajput's last film c. In a statement released on his Instagram story, Armaan wrote, "Just learned that the trailer of Dil Bechara releases on July 6 and as a mark of utmost respect for Sushant Singh Rajput, we as a team have collectively decided to postpone the release of our upcoming single Zara Thehro to July 8." 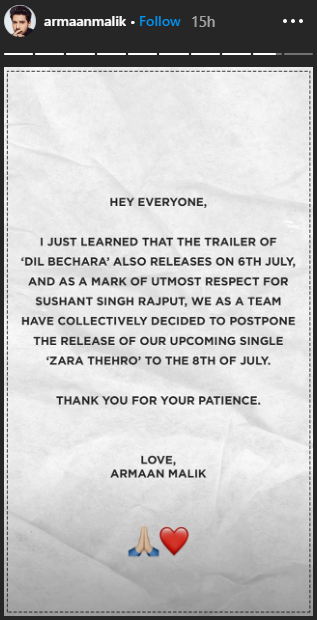 Armaan sings the duet Zara Thehro with Tulsi Kumar while it is composed by Amaal Malik and co-directed by their father Daboo Malik. Zara Thehro will release under Bhushan Kumar's T-Series banner. Zara Thehro is written by Rashmi Virag, who last collaborated with the Malik brother for 2017 movie Chef song Tere Mere.

Meanwhile, Dil Bechara will be Sushant Singh Rajput's final movie - he completed filming the movie before the nationwide lockdown due to the coronavirus pandemic. The film also features newcomer Sanjana Sanghi, who recently shared a cryptic note on Instagram, in which she hinted that she was leaving Mumbai. In the note she wrote (translated in English): "Bye, Mumbai. It took me four months to see you. I'm going back to Delhi. Your streets seemed a little different, they were empty. Perhaps the sadness in my heart is changing my viewpoint, or perhaps you are also in pain. See you... soon... or may be not." 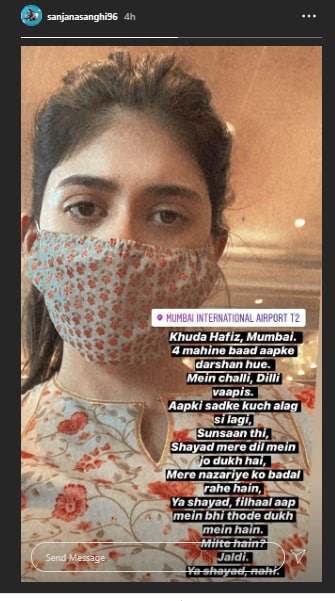