For Once, It Was Arjun Kapoor Who Was Trolled. Parineeti Chopra Did The Honours 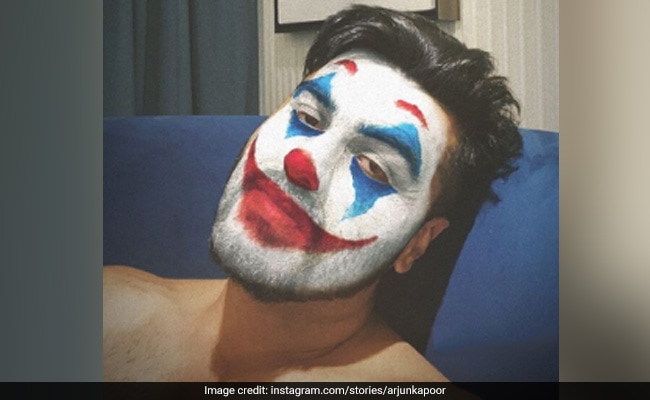 Arjun Kapoor, who has quite a bit of a reputation for trolling his friends on social media, was on the receiving end this time. Arjun's Ishaqzaade and Namaste England co-star Parineeti Chopra trolled the actor for his latest Instagram post. On Wednesday, Arjun posted a picture on the photograph sharing application, in which he can be seen dressed as a joker and he made a reference to Raj Kapoor's 1970 film and wrote: "Mera Naam Joker." Parineeti commented on Arjun's post and wrote: "harkatein bhi" while Ayushmann Khurrana dropped several clap emojis in the comments section. Katrina Kaif reviewed Arjun's look as "awesome." Arjun shared the same picture on his Instagram story and wrote: "Arey deewanon mujhe pehchano."

Earlier this week, Arjun shared a picture collage of his late mother Mona Shourie and himself on his Instagram profile and the caption on his post read: "Same to same." ICYMI, this is the post we are referring to:

On the work front Arjun Kapoor was last seen in the period drama Panipat along with Kriti Sanon and Sanjay Dutt. He will next be seen in Sandeep Aur Pinky Faraar in which he will share screen space with Parineeti Chopra.

Arjun Kapoor, son of film producer Boney Kapoor and Mona Shourie, made his Bollywood debut with the 2012 film Ishaqzaade and he has featured in films such as 2 States, Gunday, Finding Fanny, Half Girlfriend and Mubarakan among others.