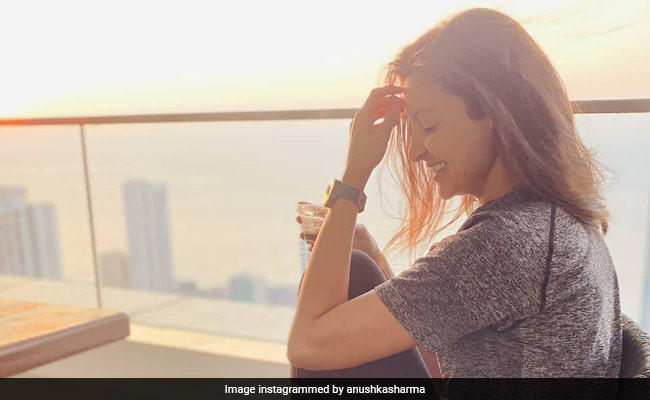 Leave it to Arjun Kapoor to troll his fellow actors (all in good humour of course). The actor did it once again and this time his target was Anushka Sharma. Anushka shared a set of stunning pictures from her home's balcony, on her Instagram profile. In her caption, the actress stated that the picture was clicked by her "beloved" and added a couple emoji to it (no points for guessing, it was clicked by Virat Kohli). Now, Arjun, who couldn't help but notice Anushka's socks in the photograph, wrote: "Socks ki dry cleaning mashallah top notch hai."

Sharing the picture on her Instagram profile, Anushka Sharma wrote: "And just like that a coffee under the setting sun on the balcony of our home became a memory to hold. Captured by my beloved."

On the work front, Arjun Kapoor was last seen in the period drama Panipat along with Kriti Sanon and Sanjay Dutt. He will next be seen in Sandeep Aur Pinky Faraar in which he will share screen space with Parineeti Chopra.

Anushka, who has produced films like NH10, Pari and Phillauri, spoke about producing the show and said, "This is my second collaboration with Netflix after Bulbul and we are again looking to disrupt the kind of content audiences are consuming. We at Clean Slate Films have been dedicated to making clutter-breaking, powerful stories since our first production and we are looking forward to push the content envelope," Anushka said in a statement.