Disha Patani and Krishna have mutual admiration for each other 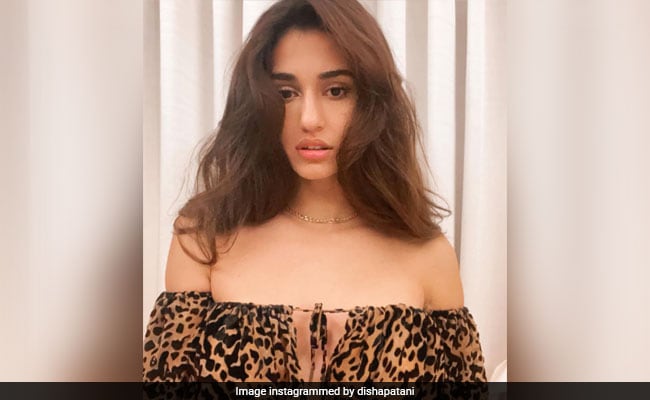 Disha Patani and her rumoured boyfriend Tiger Shroff's sister Krishna have mutual admiration for each other and the duo proved this again on social media on Wednesday. In case you are wondering what we are talking about, here's what happened - Disha Patani posted two pictures of herself on her Instagram profile today and oh boy, she looks breathtaking in an off-shoulder animal-print crop top. She can be seen wearing minimal make-up and a gold chain. No points for guessing that Krishna Shroff, who is a fitness enthusiast just like her brother Tiger Shroff and Disha, was among the first ones to drop a comment on the Malang actress' post. She left a heart-eye emoticon in the comments section.

And check out the comments by Krishna Shroff and Khushboo Patani here: 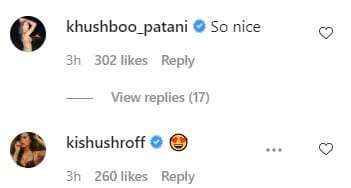 Just a few days ago, when Disha Patani gave her fans glimpses of her weekend routine, Krishna Shroff called her a "cutie" in the comments section. Here's the post we are talking about:

Krishna Shroff's Instagram feed has many pictures of her in bikinis and on one of such posts, in which Krishna gave us major fitness goals, Disha Patani dropped this comment: "Insane body."

Disha Patani made her acting debut with the 2015 Telugu film Loafer, in which she featured alongside Varun Tej. She made her debut in Bollywood with Neeraj Pandey's 2016 sports biopic M.S. Dhoni: The Untold Story. She shared screen space with late actor Sushant Singh Rajput in the film.

Disha Patani will next be seen in Salman Khan's Radhe: Your Most Wanted Bhai. The film will open in theatres on Eid this year.