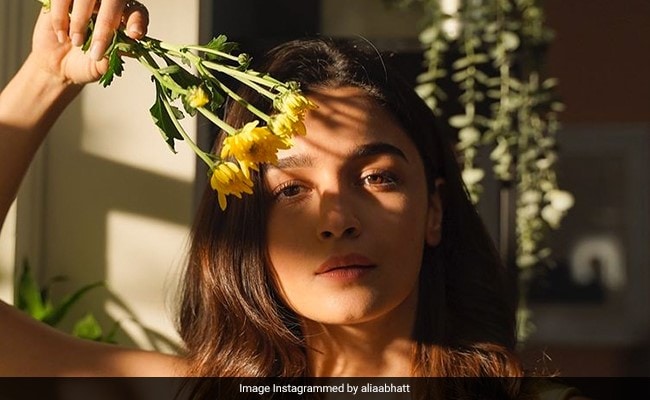 Alia Bhatt is not only a stellar actress but also an interesting social media personality. And, she has made heads turn with the new post. Alia has shared a sunkissed photo where she is posing in a yellow outfit. In the photo, she is holding some flowers and looking straight into the camera. For the caption, Alia did not take the text route. She simply dropped a yellow chick emoji. The photo has won several hearts online. That's not all. Not just fans, Alia's friends too made a bee-line to the comment space. Priyanka Chopra called it "beautiful". She has added a heart-eye emoji. Actress Samantha Ruth Prabhu also left a red heart on the post. Celebrity makeup artist Puneet B Saini followed suit. Take a look at Alia's post:

Recently, Alia Bhatt made the headlines after she was seen in a special Om Shanti Om dance video along with Ranbir Kapoor. The video also included Aamir Khan, Kareena Kapoor, Ananya Panday, Arjun Kapoor, Vicky Kaushal, Aadar Jain, Tara Sutaria and Siddhant Chaturvedi. Through the clip, members of the film industry paid a tribute to late actor Rishi Kapoor. It was for his last film Sharmaji Namkeen, which was released on March 31. The film can be streamed on Amazon Prime Video.

Alia Bhatt is soon to be seen in Ayan Mukherji's Brahmastra. The shoot of the film got recently wrapped. Alia announced it on her Instagram page. Here, Alia, Ranbir Kapoor and other crew members are seen on a boat in Varanasi. The caption read, " We started shooting in 2018. And, now... finally. The filming of Brahmastra (Part One) comes to an end. I have been wanting to say this for such a long time…It's a wrap. See you at the cinema. 09.09.2022."