For Akshay Kumar, PadMan's Success Is Not Defined By The Money It Makes

Akshay Kumar said: "When I monitor my social media, I see people are talking openly about sanitary pads and menstruation and that is I feel my film's biggest victory" 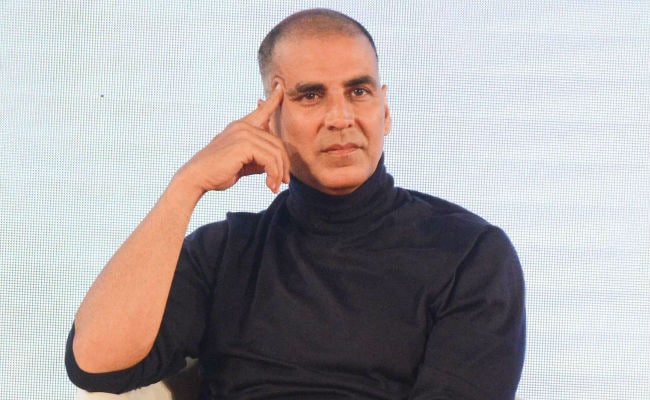 New Delhi: Akshay Kumar's PadMan is all set for a box office battle against Deepika Padukone's much-awaited Padmaavat but the 50-year-old actor is not worried about the film's commercial success, reports news agency IANS. "I am not thinking about how much money it will collect from box-office. It doesn't matter to me. For me the biggest thing was when I saw 3-4 youngsters outside my vanity van discussing about issue on menstruation. So I think this is the biggest achievement of this film, when three or four men talk about issue of menstruation," Akshay told IANS, at an event to launch a new song Saale Sapne from PadMan.

"It is not necessary for me to think about how much business it is going to do but every morning, when I monitor my social media, I see people are talking openly about sanitary pads and menstruation and that is I feel my film's biggest victory," he added.

PadMan is based on the life of entrepreneur Arunachalam Muruganantham, who invented a low-cost sanitary pad making machine. Mr Muruganantham was also the subject of Akshay's wife Twinkle Khanna's short story The Sanitary Man From A Sacred Land, published in her second book the Legend of Lakshmi Prasad. Twinkle is also producing PadMan through Mrs FunnyBones Movies.

PadMan also stars Sonam Kapoor and Radhika Apte and it is directed by R Balki.

Promoted
Listen to the latest songs, only on JioSaavn.com
After PadMan, Akshay will be seen in 2.0, co-starring Rajinikanth and later in Reema Kagti's Gold and Karan Johar's Kesari.