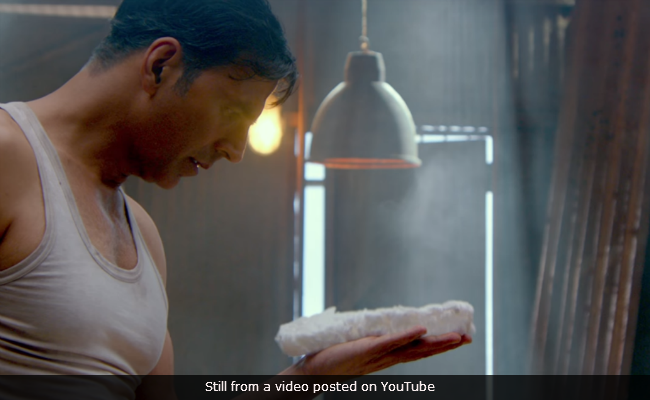 New Delhi: The makers of PadMan released a new song Saale Sapne from the film and it will definitely motivate you to dream big. On Saturday, Akshay Kumar, who plays the protagonist in the film, shared the song on Instagram with a strong message. "Dreams don't work unless you do. This one is for all the dreamers, make it happen," Instagrammed Akshay Kumar. (Thank you Akshay for such an inspiring thought) The song is picturized on Akshay and it features the journey of Arunachalam Muruganantham (entrepreneur, who developed low-cost sanitary pad making machines). Produced by Twinkle Khanna,PadMan also stars Sonam Kapoor and Radhika Apte.

Saale Sapne is for all the dreamers. Watch it here:


Earlier, The PadMan song and Aaj Se Teri were released by the makers and the songs were loved by all. Saale Sapne becomes more powerful with Mohit Chauhan's voice and the music of the film is given by Amit Trivedi.

PadMan is a touted to be Bollywood's first film, which addresses the need of creating awareness about menstrual hygiene. The film is an adaptation of Twinkle Khanna's short story The Sanitary Man From A Sacred Land, which in turn is based on the life of Arunachalam Muruganantham. Twinkle Khanna, who is producing PadMan through Mrs FunnyBones Movies, told Reuters: "After writing the book, the obvious way to get this inside the consciousness of both modern and rural India seemed to be through a movie, and here we are today."

Promoted
Listen to the latest songs, only on JioSaavn.com
Also, Akshay Kumar in his recent interview said that he's glad people have started talking about sanitary pads in their homes.

Directed by R Balki, PadMan will hit the theatres on January 25th.