It will actually make you stare at it for a while because the poster also features actors Jackie Shroff, Kay Kay Menon, Karan Singh Grover and Sandeepa Dhar 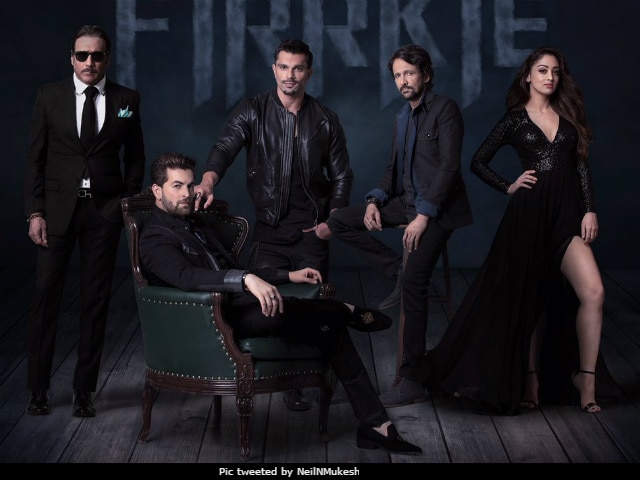 New Delhi: There's a delightful surprise on Neil Nitin Mukesh's social media feed today. The 35-year-old actor announced his new movie titled Firrke with a poster, which will make you do a double... triple... take. It will actually make you stare at it for a while because the poster also features actors Jackie Shroff, Kay Kay Menon, Karan Singh Grover and Sandeepa Dhar. Neil Nitin Mukesh clearly leads the pack of smartly dressed men - he can be seen sitting on a throne-like chair while the others are dispersed around him. "Firrke starting soon," tweeted the Prem Ratan Dhan Payo actor while sharing the first poster. Firrke is expected to go on floors in August, reports trade analyst Komal Nahta.

Neil Nitin Mukesh co-starred with Amitabh Bachchan in 2016's Wazir and made headlines for playing a fictitious antagonist in the film. The actor's demeanor in the Firrke poster is somewhat reminiscent of his villanious character from Wazir.

Promoted
Listen to the latest songs, only on JioSaavn.com
Meanwhile, Neil Nitin Mukesh has a lot on his plate right now. He has Indu Sarkar lined up for release - the Madhur Bhandarkar-directed movie has finally been cleared for release after being embroiled in controversy over the subject of the movie. Indu Sarkar is set in the Emergency and have also faced resistance from several political parties. The actor also has Rohit Shetty's Golmaal Again in the pipeline and features as the villain in Prabhas' much talked-about Saaho.

Firrke will be directed by Ankush Bhatt, who has films like Mumbai Mirror and Bhindi Baazaar Inc on his resume.