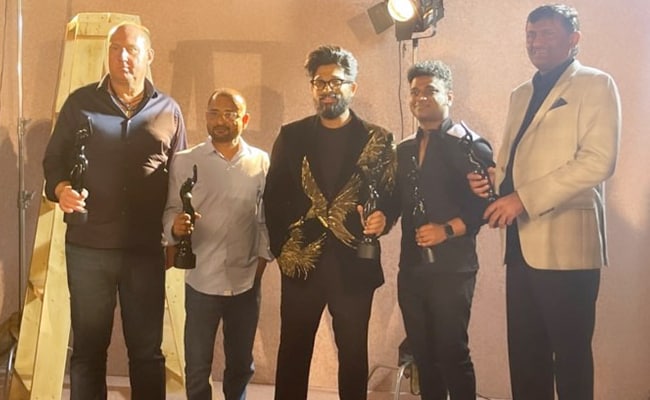 The Filmfare Awards South 2022 was held on October 2 at International Exhibition Centre, Bengaluru. It celebrated the films of Tamil, Telugu, Kannada and Malayam industries. During the award ceremony, Allu Arjun's Pushpa: The Rise won most of the awards in the Telugu category. Sharing the news, the excited actor shared a post on his Instagram handle and thanked everyone. His post read, "Pushpa clean sweep at Filmfare 2022. Best Actor, Best Director, Best Music Director, Best Cinematography, Best Male Singer, Best Female Singer and Best Film. Thank you all. Humbled."

Soon after Allu Arjun shared the post, his fans flooded the comment section. A user wrote, "Congratulations my favorite," while others dropped heart and fire emoticons.

Allu Arjun also shared pictures on his Instagram stories, including a photo posing with his Pushpa team holding their awards. In the images, Allu Arjun looks dashing in a black and golden suit. 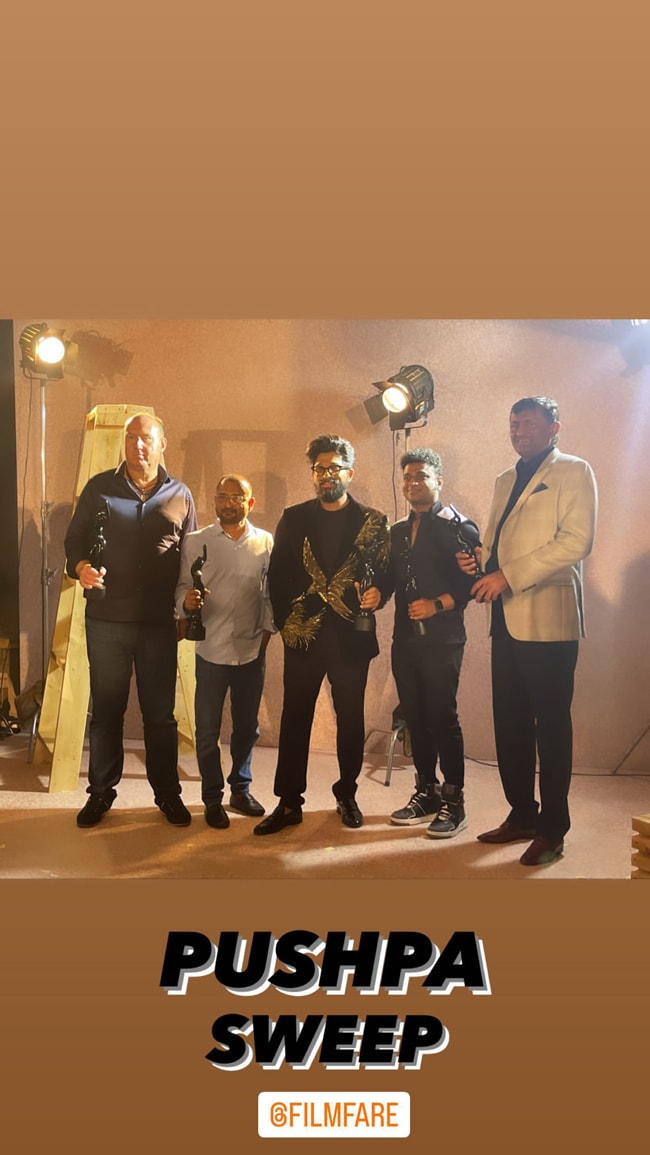 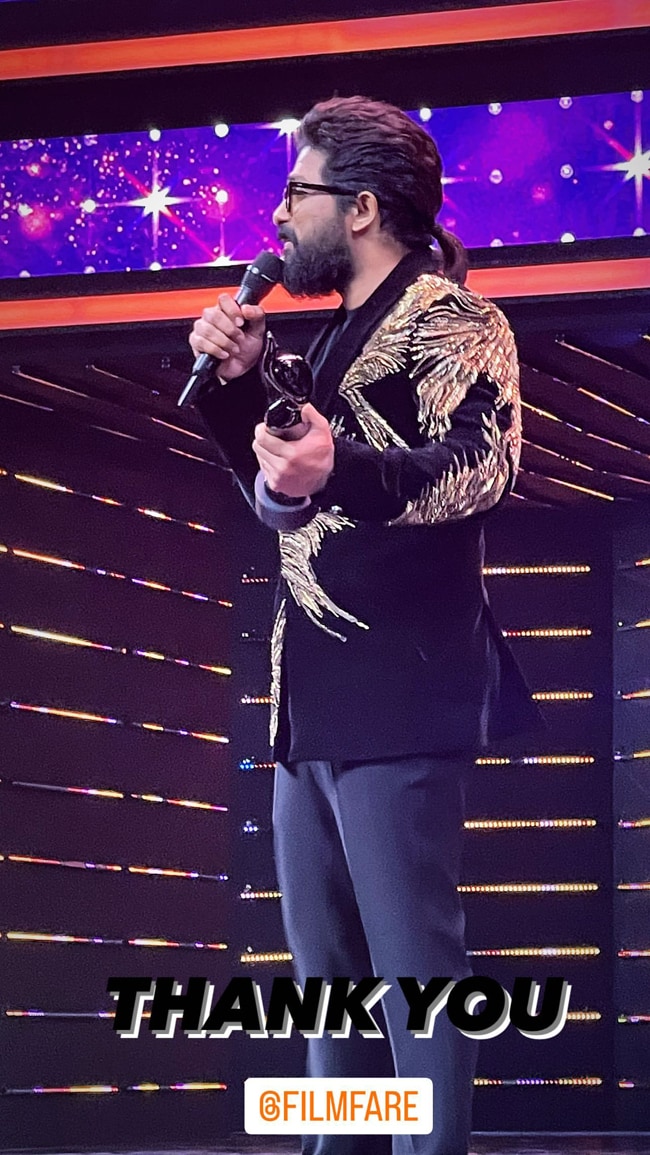 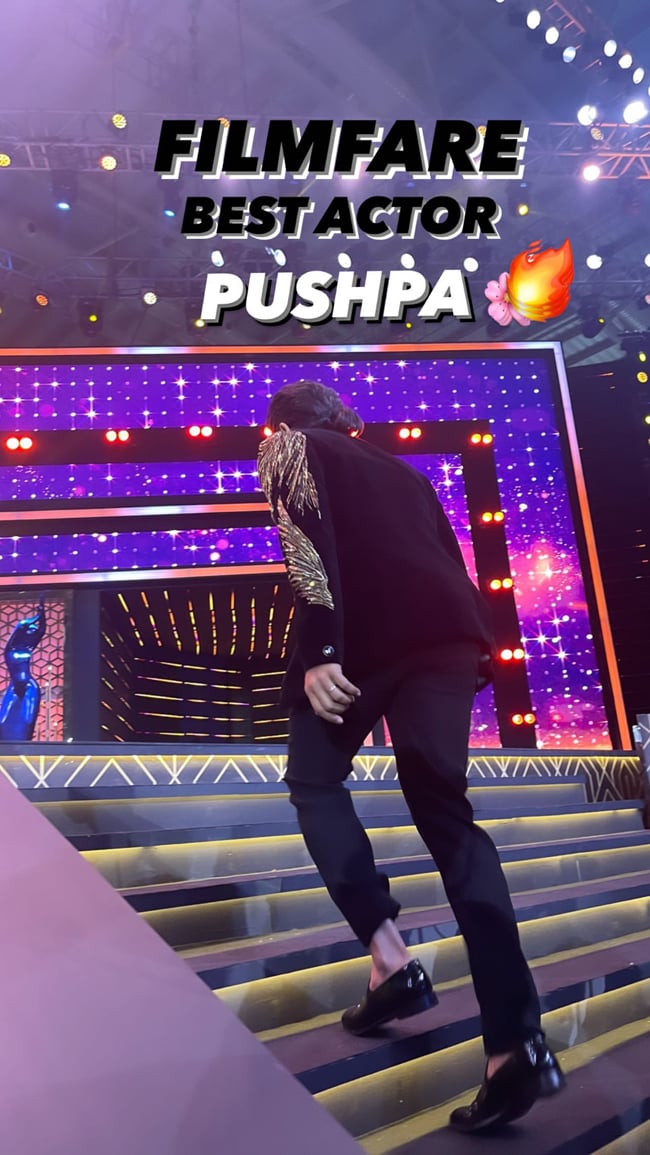 Meanwhile, Allu Arjun will be next seen in the sequel of Pushpa: The Rise. Allu Arjun, Rashmika Mandanna and Fahadh Faasil will reprise their roles in Pushpa 2. The shooting will reportedly start this month around October 20-30. The sequel will be based on a face-off between Allu Arjun and Fahadh Faasil.