"Film Shoots Are Fun" When You Are Janhvi Kapoor. Here's Proof 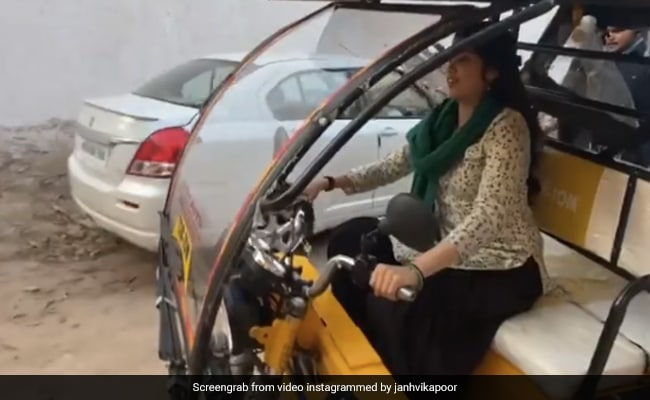 Janhvi Kapoor in a still from the video. (courtesy janhvikapoor)

Janhvi Kapoor surely knows how to have her share of fun even when she is working. The actress, on Wednesday evening, shared a set of pictures and a fun-filled video from the sets of her film Good Luck Jerry. Janhvi can be seen chilling on the sets and getting her make-up done in most of the pictures. One of the pictures also features her sister Khushi Kapoor. However, there is one video that caught our attention the most. In the video, Janhvi Kapoor, dressed in a kurta-salwar and a dupatta, can be seen riding an E Rickshaw on the streets. She aptly captioned the post: "Film shoots are fun."

A few days ago, Janhvi shared a set of pictures from a mustard field and she captioned it: "Maybe I am a little filmi." ICYMI, this is the post we are talking about: