Fighting The Good Fight: 5 TIFF Films About Journos And Activists 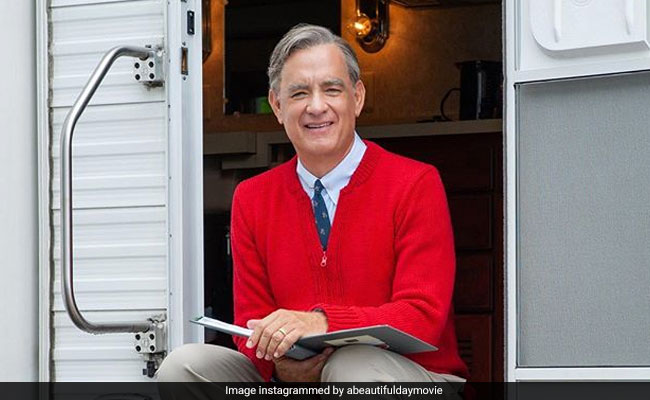 Tom Hanks in a still from A Beautiful Day In The Neighborhood. (Image courtesy: abeautifuldaymovie)

In a post-truth world where the ruling classes often accuse journalists of peddling fake news when the latter attempt to do what they are in the game for - separate facts from false narratives - nothing could be more refreshing than watching cinematic tales that draw upon accounts of media persons and the findings of activists to construct entertaining and thought-provoking fiction rooted in the real world.

Five such films, among them an independent entry from Bangladesh, stood out in the 44th Toronto International Film Festival. Interestingly, three of these films tilted more towards stories of a personal nature than narratives of immediate political import.

A Beautiful Day In The Neighborhood

Directed by Marielle Heller (2018's Can You Ever Forgive Me?), the film is inspired by an Esquire cover story, Can You Say... Hero?, by Tom Junod. With the exception of children's television show host Fred Rogers, played with admirable acuity by Tom Hanks, the principal characters in this heart-warming drama about the friendship between a cynical investigative journalist (Matthew Rhys) and a sage-like television personality have had their names changed although they are all extensions of real-life people. Describing 'Mister Rogers' as a "hokey kid show", journo Lloyd Vogel baulks at the idea of profiling the former for his magazine. "I don't do puff pieces," he tells the editor. His stinging putdown is: "He plays with puppets for a living." Rogers, on the other hand, is driven by the simple desire "to give children positive ways to deal with life". A Beautiful Day In The Neighborhood celebrates a sort of pure idealism that the world is now dangerously devoid of. It also probes the mind of a broken man, whose pursuit of truth in the line of duty and estrangement with his father have left him a tad scarred. The encounter with Fred Rogers changes him forever.

Closely following the structure of a 2015 New York magazine article by Jessica Pressler, Lorena Scafaria's playful take on a group of former strip club dancers who, as part of a clearly illegal plan, gang up to clean out their sleazy Wall Street clients after the 2008 financial crash. It is a film that is marked by healthy irreverence as it gives all the power in the story to the women who, apart from being spectacularly good at their jobs, know exactly how to give as good as they get. The film is funny and sexy, but also unsparingly defiant as the women (led by Jennifer Lopez, back with a bang, and Crazy Rich Asians' Constance Wu) form a sorority that isn't just about empowerment but also about the irresponsibility of wealthy men who control the financial markets and whose profligacy led to a meltdown that spared nobody, least of all the strip club where the girls worked. Hustlers is a joy to watch. The 'revenge' saga would have been dismissed as fanciful hadn't it been based a true story. The performances are wonderful and Scafaria's screenplay refrains from indulging in dull over-illumination, which imparts tremendous pace to the narrative. The story is told in flashbacks through the means of an interview with one of the key characters by a journalist (Julia Stiles, an actress who has written on the subject of gender for The Guardian).

Documentarian Gabriela Cowperthwaite, who specializes in probing social, cultural and environmental issues through her films, makes her narrative feature debut with this Casey Affleck, Dakota Johnson and Jason Segel starrer. The film is based on correspondent Matthew Teague's essay, The Friend: Live Is Not A Big Enough Word, originally published in the May 2015 issue of Esquire. The writer's young wife had died of cancer and the piece that he penned by way of a tribute to her became a heartfelt acknowledgement of the generous support that the couple received from their best friend in their hour of crisis. The Friend, on which Teague was an executive producer, is markedly different from films that spring from journalistic accounts because it isn't about the grave challenges facing the world at large. It stays within a personal space where impending death, marital woes and an unstinted helping hand extended by a true friend are the key plot elements. The film's sustained air of solemnity lends it great gravitas yet never robs it of its easy warmth and humanity.

Just Mercy, adapted by director Destin Daniel Cretton from a book by Harvard-educated lawyer Bryan Stevenson, focuses on the activist's war to secure justice for individuals given the rough end of the legal stick. The role of the protagonist is played magnificently by Michael B. Jordan). The film hinges on the case of Walter McMillan (Jamie B. Foxx), a black man condemned to death on flimsy evidence for the murder of a white teenager. It presents the tale in a manner that is conventional, but the narrative is packed with stirring moments involving a man who decides to step up, set up a practice in Alabama, and make a difference to people who really need him. In today's world, that itself is an act of courage and urgency - the film portrays Stevenson's struggles as a means to calling out a lopsided legal system that is all too eager to assume black people as guilty and the white populace as innocent. If Tom Hanks' real-life character in A Beautiful Day In The Neighborhood asserts that "each one of us is precious" (albeit in a less pressing context), Stevenson believes that every life is "meaningful".

In Rubaiyat Hossain's Made In Bangladesh, a rights activist (played by Shahana Goswami, lead actress of director Rubaiyat Hossain's previous film, Under Construction), this time fictional but obviously inspired by real-life fighters for cause, is projected as a key motivator for a young sewing machine operator in a Dhaka readymade garments factory who decides to organize the employees into a union in order to have their voices heard and their demands. Her daring step, taken after a co-worker dies in a factory fire, is expectedly opposed tooth and nail by the management. Even some sections of the exploited employees greet the heroine's moves with skepticism. The protagonist, Shimu, is modelled on a union leader that Hossain interviewed in the course of her research for the film. The two women - one real, the other thought up for the film -- share many crucial traits. Made In Bangladesh isn't drab, single-note workers' rights drama. It is a moving story that as at its very centre the plight of women in a conservative society. While the director orchestrates her resources with unwavering skill, the actors deliver astounding effortless, believable performances.