Fresh from scooping Venice's prestigious Golden Lion prize for Best Film on Saturday, the Joker premiere was the hottest ticket in town 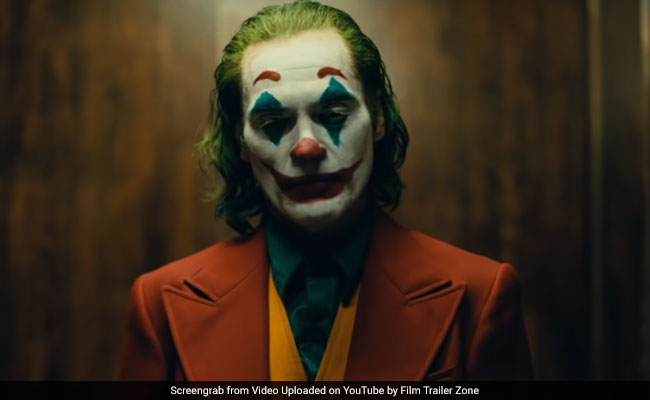 Joaquin Phoenix said his critically acclaimed role in Joker was "one of the greatest experiences of my career," as the dark and ambitious comic book adaptation sent Toronto's film festival into a frenzy Monday.

"It seemed limitless, in how you could interpret the character and what you could do with it - it didn't feel like there were any rules," said Phoenix of playing the diabolical super-villain.

The film - and Phoenix's performance - have already drawn breathless Oscar predictions and controversy in equal measure.

Batman's traditional nemesis has been famously played by the likes of Jack Nicholson and Heath Ledger, but the Gladiator star's interpretation is arguably the most radical yet.

Hailed as "sensational" and "unnerving" by some critics, it has raised concern for others that its depiction of mental illness and violence could prove "incendiary."

"There was something that was drawing me towards it, and it just evolved as we worked together," he told the gala audience in a discussion alongside director Todd Phillips.

"It started becoming something more than I could have anticipated and it was one of the greatest experiences of my career."

Phoenix also paid tribute to his late brother River Phoenix, telling a separate festival prize-giving gala how River had made him watch Robert De Niro's "Raging Bull" as a teenager and told him he was going to be an actor.

"He didn't ask me, he told me. And I am indebted to him for that because acting has given me such an incredible life," he said.

River, who initially overshadowed his younger brother and played the young Indiana Jones in Indiana Jones And The Last Crusade, died aged 23 of a drug overdose, with the recording of Joaquin's desperate call for an ambulance sold to the media.

Phoenix was later joined on the red carpet for Joker by co-star De Niro.

The film is set in the 1970s as a nod to the brooding cinematic character studies of the time, like De Niro's Taxi Driver and The King Of Comedy.

De Niro said he "understood all the connections" but had signed up for the project because of director Phillips.

Phillips, previously known for frat house comedies including the Hangover trilogy and Road Trip, bristled at suggestions the movie was a major departure for him.

"I've never been a fan of pigeonholing people and I hate when it's been done to me -- like 'Why does the guy in The Hangover get to do this?'."

Meryl Streep was joined on the red carpet by Antonio Banderas and Gary Oldman, who play the heads of the shady Panama law firm at the heart of the scandal, after it was exposed in 2016 for aiding tax evasion among the wealthy elite.

Banderas told AFP the story had to be presented as comedy "because otherwise we can cry," while Oldman said they wanted to portray a "corrupt circus."

Bale, who plays Ken Miles, said the legendary racer was "a man who is a dad, who is a husband and who is not a megalomaniac, who is living life at 230 miles an hour, not knowing if he can stop at the end of it."