"Felt Scared, Vulnerable": Malaika Arora On Being A Single Mom To Arhaan

"I have a son, he is growing up, he needs me more than ever," Malaika Arora on being a single mother. 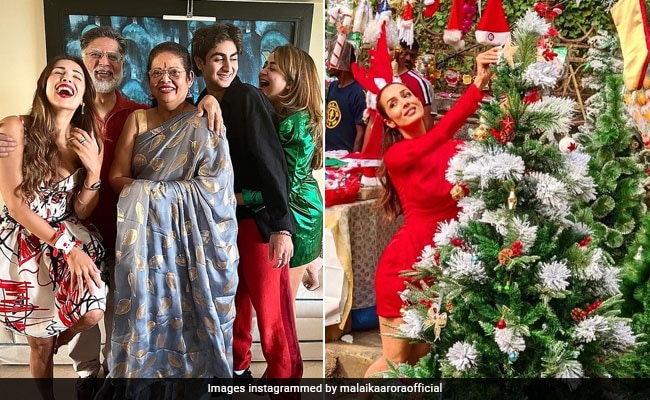 Actress Malaika Arora opened up about her life as a single mother to her son Arhaan Khan after her divorce from actor-director Arbaaz Khan. In an interview with Pinkvilla, she said, "When I took that decision or that step to be a single mother, I didn't (pause). At that point, you always feel that the whole world is crashing on your head and how you gonna manage I think that's a very normal human reaction. But having said that I also knew that it is something I have to take on. I have to be responsible."

She added, "I did feel scared, vulnerable, frightened, all of those emotions. But I also felt that I had to take one day at a time. I couldn't take giant leaps because that is just not possible. I had to see what every day would unfold for me."

When asked about her superpower, she replied, "Clarity," and added, "Very rarely am I shaken or very rarely I am not sure or standing on shaky ground. So, yeah like I said that would be my superpower."

For the unversed, Malaika was married to Salman Khan's younger brother Arbaaz Khan for 19 years. They got divorced in 2017 and since then co-parent their son Arhaan Khan. Often, they are spotted together at the airport, seeing off their son. Arhaan Khan is pursuing his higher studies in the US.

Talking about Malaika and Arbaaz's relationship status, the model is dating actor Arjun Kapoor, while the latter is with Giorgia Andriani.

Bhavana Pandey's Shout Out To Daughter Rysa's Performance: "Shine On"