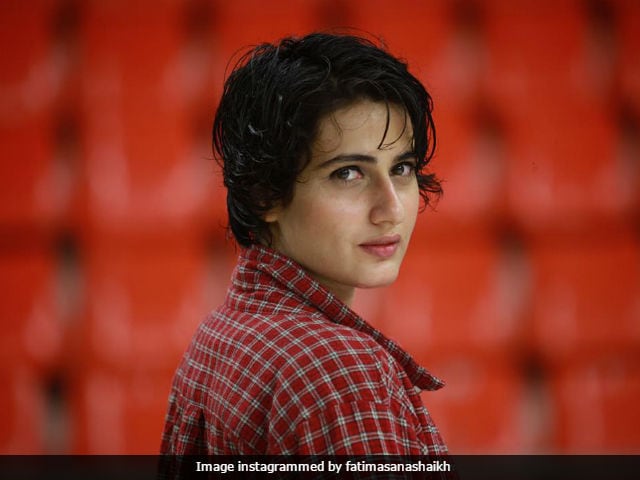 Fatima made her acting debut with Chachi 420 (Image courtesy: fatimasanashaikh)

New Delhi: Fatima Sana Shaikh, who featured as Geeta Phogat, an Indian wrestler and Mahavir Singh Phogat's (played by Aamir Khan) daughter in the 2016 film Dangal, told news agency PTI that she is not collaborating with the 51-year-old actor for his upcoming movie Thugs Of Hindostan. The 25-year-old actress said: "What should I say? All I know is that a film named Thugs of Hindostan is being made. I am not playing any role (in Thugs of Hindostan). If I get it then good. Someone please give me a role in that film I want to do Thugs of Hindostan." The movie, which is being directed by Vijay Krishna Acharya, features Aamir Khan and Amitabh Bachchan in lead roles. The film is scheduled to release next year.

Fatima Sana Shaikh made her acting debut with the 1997 film Chachi 420 starring Kamal Hasan. She has also featured in films such as One 2 Ka 4 (2001) starring Shah Rukh Khan and Juhi Chawla, Tahaan(2008), Bittoo Boss (2012) and Akaash Vani (2013). Speaking about her plans post the success of her film Dangal, the actress said: "I have not signed anything yet. Hopefully I will do something soon.. I miss acting."

Meanwhile, Aamir Khan will also be seen in Secret Superstar.The film is being directed by Advait Chandan and produced by the Taare Zameen Par actor and his wife, Kiran Rao. The movie is scheduled for release on August 4.