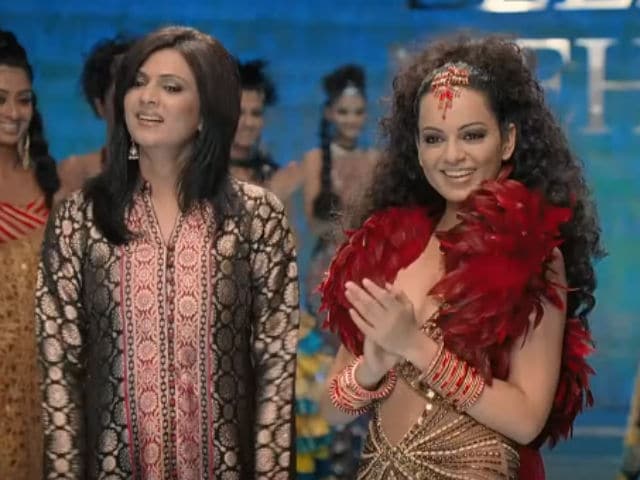 Kangana Ranaut in a still from Fashion.

Fashion depicted the hidden secrets of the fashion industry and showed the extent to which an aspiring model can go to make a place for herself. It narrated the journey of Priyanka's character -a small town girl who scaled new heights in the fashion industry, followed by her downfall due to drugs and alcohol addiction.(Also Read: Filmmakers Returning National Awards is 'Disrespectful,' Say Film Colleagues)

Meanwhile, Priyanka is gearing up for the release of Sanjay Leela Bhansali's Bajirao Mastani. Kangana, who was last seen in Katti Batti will soon be seen in Vishal Bhardwaj's Rangoon.