Farhan Akhtar Says, 'Rock On 2 is the Continuous Journey of Magik' 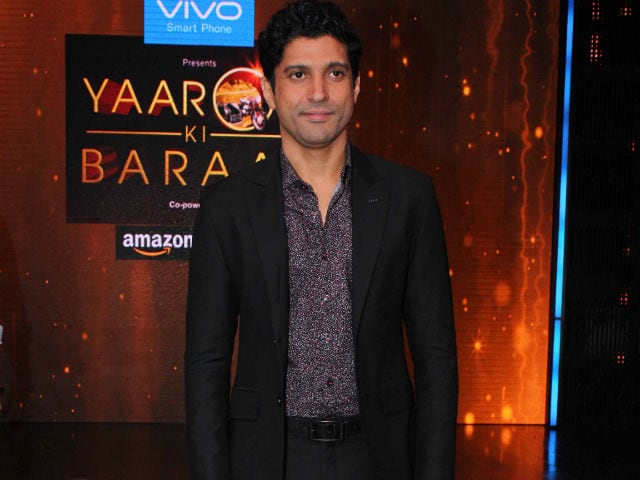 Mumbai: As the trailer of Farhan Akhtar's Rock On 2 unveiled, the team of the film gave the audience a better insight of the film with their performance.

Farhan said that while the first film is about four guys who created Magik, this film is about how the journey of Magik continues as young musicians join the band.

Shashank, being one of the new characters in the film, talked about his experience working on such an iconic film and said, "As Rock On!! has created a benchmark, I felt immense pressure to deliver the best. But as everyone treated me like family, I worked comfortably and tried my best to contribute to the film."

Prachi, feeling emotional and nostalgic said, "I made my Bollywood debut with Rock On!!. It's been eight years and now I am a part of the sequel. My character goes through an internal conflict and emotional journey in this film. The character has matured and has a new look. I hope people like it."

Farhan completed 15 years in Bollywood, as he directed his first film Dil Chahta Hai in 2001, which has achieved a cult following.

Promoted
Listen to the latest songs, only on JioSaavn.com
Talking about his journey as actor, director, singer and writer, he said, "When you work out of passion, you don't think much about challenges. You do not calculate what you have to compromise to get creative satisfaction. You work with joy!" Rock On 2, which also stars Shraddha Kapoor and Arjun Rampal will hit the screen on November 11