Fanney Khan: Anil Kapoor Takes Trumpet Lessons For The Film, Says The Instrument Was An 'Integral Part Of His Character' 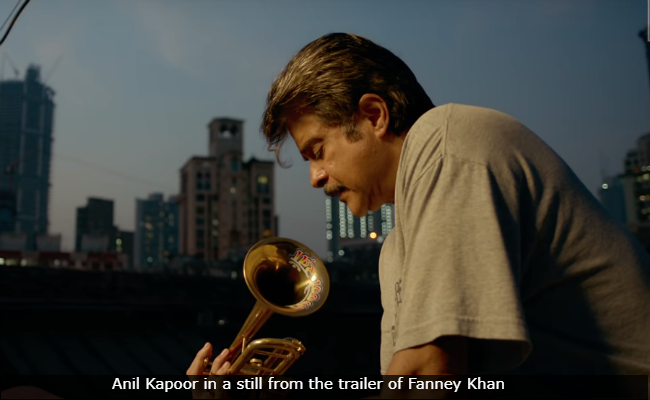 Anil Kapoor, who is all set to feature in the upcoming musical drama Fanney Khan, especially learnt to play trumpet for his role in the film, reports mid-day. During a media interaction, Anil, who plays a musician in the film, revealed that in order to make his character perfect, he took piano lessons from Ramesh Kumar Gurung. He told mid-day: "The trumpet is an integral part of my character in the film. My character, Fanney, plays it when he is sad or happy. So I had to make it look real. I was excited to learn a new instrument and took lessons from Ramesh Kumar Gurung. It was challenging to emote while using the instrument." He even talked about how music has played a vital role in his career and added, "Music has played an integral part in my career. I understood melody and rhythm through the characters I have played."

Fanney Khan will witness the reunion of Anil Kapoor and Aishwarya Rai Bachchan after 17 years. The duo have earlier featured in films such as Humara Dil Apke Paas Hai and Taal. Fanney Khan also features Rajkummar Rao, who will reportedly be seen playing Aishwarya Rai Bachchan's love interest in the film. The film's trailer released a week ago and it has over 18 million views on YouTube.

Fanney Khanis a story about a father who dreams to establish his daughter as a successful singer. The film is reportedly a remake of the Belgian film Everybody's Famous! Directed by Atul Manjrekar, the film is scheduled to release on August 3.

Anil Kapoor, who completed 35 years in the Hindi film industry last month, has delivered many hits such as Mr India, Ram Lakhan, Nayak and Beta among others. Apart from Fanney Khan he also has Ek Ladki Ko Dekha Toh Aisa Laga, co-starring his daughter Sonam Kapoor and Rajkummar Rao and Total Dhamaal in the pipeline.