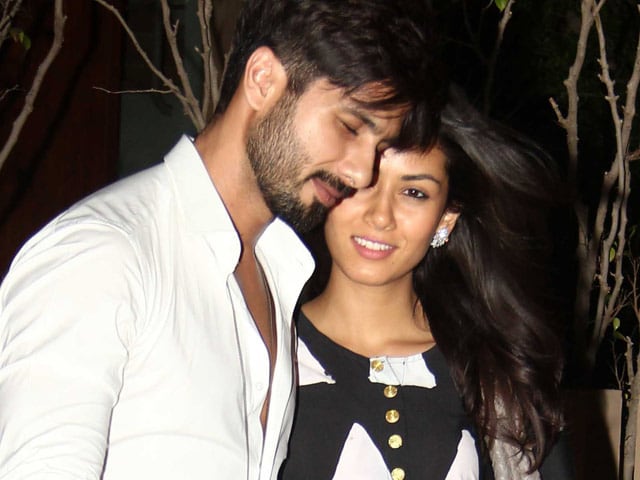 Shahid Kapoor and Mira Rajput photographed outside their home in Mumbai.

New Delhi: #ShahidKiShaadi, which was the subject of discussion on Twitter for two whole days, is over and the newly minted Mr and Mrs Shahid Kapoor are back in Mumbai.

As the couple settle into their home, we bring you a glimpse of their Mumbai reception card, which (as speculated earlier) will take place on July 12. The reception card, like the wedding invite, has been created by Delhi-based designer Ravish Kapoor.

The royal blue card is accompanied by a chrome-plated addition which carries the event information and, once again, was designed according to Shahid's brief. 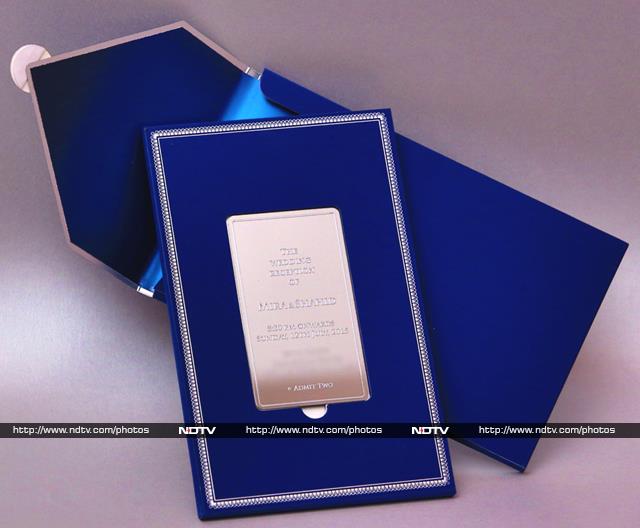 "Shahid Kapoor was very clear about what he wanted for his reception. He did not want the traditional celebration, but wanted it to be a party that people enjoyed and were excited about. He wanted the card to convey that feeling and he definitely wanted it in midnight blue," said a source.

Bollywood was excluded from the wedding and reception in Delhi this week, but will reportedly be invited to the Mumbai reception.

Back to the invite - the art deco border adds a "classic elegant" feel which also spells celebration. In addition, the chrome plate, which is a part of the card, also doubles as the security pass, which the guests are required to carry at the event.

"Centered in the card is a chrome plate that contains the event information, this plate can be removed and is carried by the guests to the event, which doubles up as the security pass. The details are made of silver-plating, which gives the card a cool elegant sophisticated feel. Below the invitation are more details including the request for 'no gifts, only blessings', it was very important to Shahid that people did not feel the need to have to get him gifts," the source added. 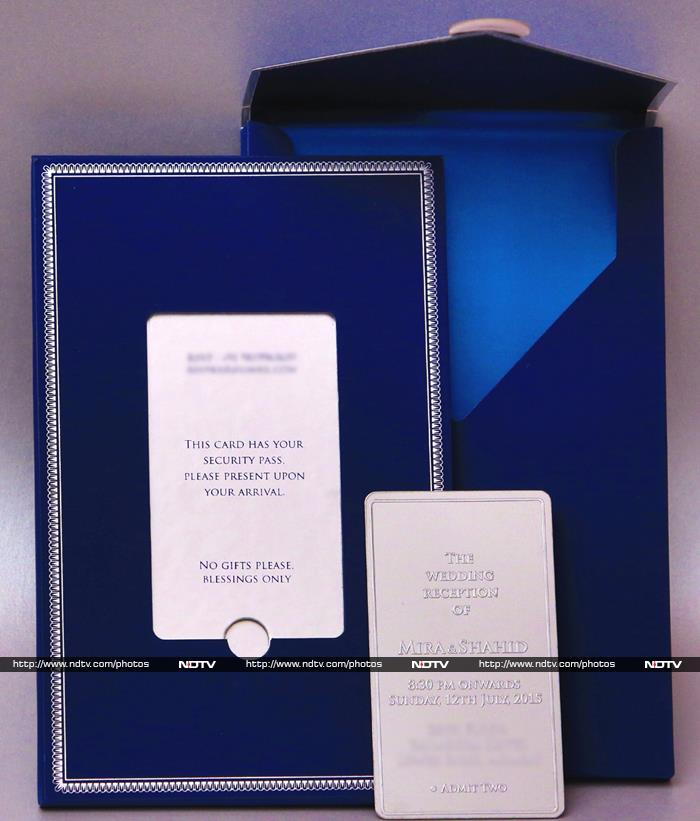 Shahid and Mira married in an intimate ceremony in New Delhi on July 7, which was preceded by a sangeet and mehendi ceremony on July 6. The wedding, which was attended by 40-50 odd guests, was followed by a lavish reception in the Capital, only minus the Bollywood glitz and glamour.

The actor, also took to Twitter to thank his fans for their best wishes:

Thank you to each and every one of you for your wishes . Means a lot . :)