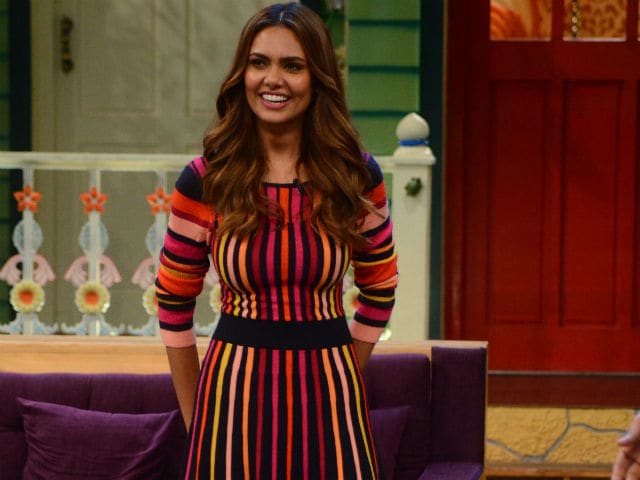 Esha Gupta was photographed in Mumbai

Mumbai: Actress Esha Gupta, who comes from a non-film background, says an outsider in the industry needs to have patience more than talent.

Asked why she is not doing too many films, Esha told IANS: "I think it's a simple reason. I tried to get some good films, but I was not getting good roles. When you are not from this industry, you need to have patience more than talent or anything. It takes time.

"I got many films which had huge money, but those were the kind of films which I would never wanted to do. I have also seen days where the (house) rent was Rs 20,000 and I was like where will I get the money from. If you are paying Rs 20,000 rent, you should earn at least Rs 50,000 in a month. I have seen those days as well," she added.

Esha, 30, will next be seen in the upcoming film Rustom. She says she was not skeptical about playing a negative role.

"I remember Priyanka Chopra won an award for Aitraaz and everyone remembers that till now. Aishwarya (Aishwarya Rai Bachchan) did Khakee and it was also appreciated. It's always good to have something for which people will remember you."

Directed by Tinu Suresh Desai, Rustom features Akshay Kumar and Ileana D'Cruz in key roles. It is set to hit the screens on August 12.