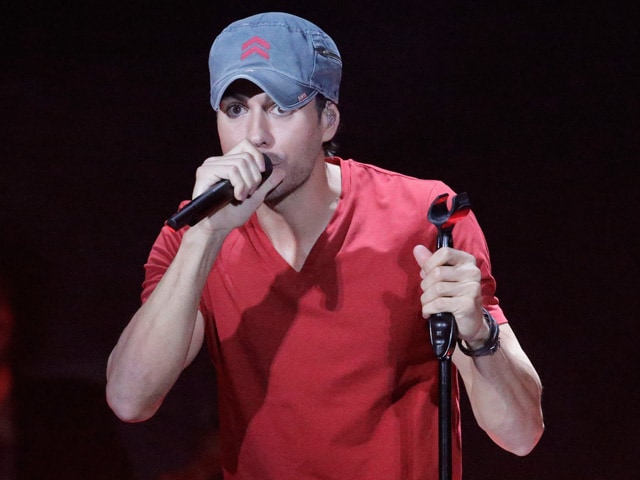 Bailando has been at number one spot on Billboard's Hot Latin songs chart for 39 weeks now. (Image courtesy: AP)

Singer Enrique Iglesias is accused of theft over his 2014 hit song Bailando. The song is reportedly copied from the song Quiero Bailar Contigo.

Songwriters Cristian Escuti and German Schulz claimed they recorded a track in 2009 under the name of Quiero Bailar Contigo, reports TMZ.

The songwriters didn't register a copyright of the song. They then sent Quiero Bailar Contigo to a Sony executive in 2012. However, they reportedly didn't hear anything back from the studio, following which Enrique's Bailando was released.

William Trueba of a Miami law firm represents Mr Escuti and Mr Schulz. "The chorus line in our clients' song is very similar to the chorus in Bailando. The music and lyrics are similar," Mr Trueba told billboard.com.

TMZ claimed they have asked him for a copy of the 2009 song, but Mr Trueba reportedly declined under the request of his clients.

Promoted
Listen to the latest songs, only on JioSaavn.com
Enrique's Bailando is now under investigation for the alleged copyright infringement. Mr Escuti and Mr Schulz are reportedly seeking damages and profits gained from Bailando.

Enrique's song has so far earned 686 million views on video-sharing website YouTube and is believed to be his popular song of his album Sex and Love. The song has been at number one spot on Billboard's Hot Latin songs chart for 39 weeks now.