Emraan Hashmi said, "Ayaan's remission phase - during which the cancer might make a comeback - was a tough phase for us as we parents." 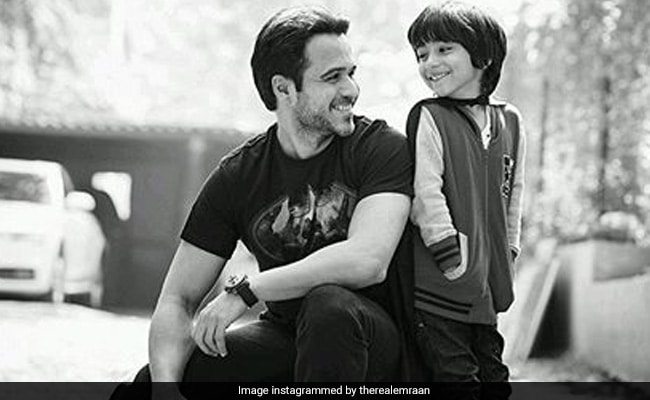 Actor Emraan Hashmi, who recently filmed a special episode of Amitabh Bachchan-hosted Kaun Banega Crorepati 11, recounted the 'tough phase' of his life when his son Ayaan was in the remission stage after battling cancer on the show, reports IANS. Emraan Hashmi's son Ayaan was diagnosed with cancer in 2014 when he was all of 4 and earlier this year, the actor revealed that his son was cancer-free. Speaking to Amitabh Bachchan on KBC 11, Emraan Haashmi recounted the days when his son was in remission and said, "My son Ayaan's remission phase - during which the cancer might make a comeback - was a tough phase for us as we parents go through a lot of fear psychosis. The whole process is psychologically disturbing."

"While researching about the disease, I got to know that nutrition plays an important role in the treatment as the body needs a strong immune system while going through the treatment. Even after the medical treatment, we have to focus on follow-up care, which involves proper nutrition and the well-being of a person, which has been the focal point of Cuddle foundation," Emraan added. The Gangster actor appeared on the show along with Purnota Dutta Bahl, founder and CEO of Cuddles Foundation, which aims to aide underprivileged children suffering from cancer.

Today, 5 years after his diagnosis Ayaan has been declared cancer free. It has been quite a journey. Thank you for all your prayers and wishes. Love and prayers for all the cancer fighters out there, hope and belief goes a long way. You can WIN this battle !!! #thekissoflife

Had a great time playing with @SrBachchan for #KaunBanegaCrorepati . And this ones for a good cause @Cuddles4cancer

Emraan Hashmi has featured in films such as Murder, The Dirty Picture, Jannat, Once Upon a Time in Mumbaai and Baadshaho. He will soon be seen in Chehre with Amitabh Bachchan.