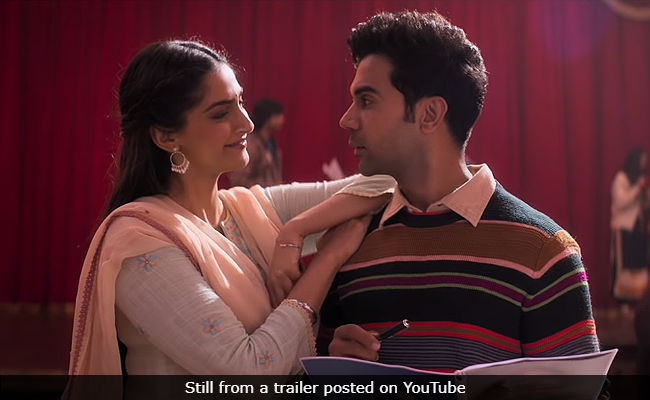 The title track of Ek Ladki Ko Dekha Toh Aisa Laga, starring Sonam Kapoor, Rajkummar Rao and Anil Kapoor, hit the Internet on Tuesday and this version is as soulful as the previous one. The team shared the link of the song with different captions, Anil Kapoor's post read: "A song that has always been close to my heart! It was special then and is special now." The song first featured in Vidhu Vinod Chopra-directed 1942: A Love Story also starring Anil Kapoor. Ek Ladki Ko Dekha Toh Aisa Laga presents the one-sided love story of Rajkummar Rao, who is smitten and head-over-heels in love with Sonam Kapoor. But from the trailer of the film, which released last month, we know Sonam Kapoor's heart beats for someone else. Snippets of Anil Kapoor and Juhi Chawla's romance also appear as the sub-plot in the song.

The additional lyrics of Ek Ladki Ko Dekha Toh Aisa Laga title track are written by Gurpreet Saini while it has been composed by Rochak Kohli, who also sang the song with Rochak Kohli.

Ek Ladki Ko Dekha Toh Aisa Laga is the story of a father and a daughter, who struggle to accept each other's difficult love stories. The film is directed by Vidhu Vinod Chopra's sister Shelly Dhar.

Shelly explained that Sonam and Anil Kapoor were the perfect choices for the roles. "Being a father and daughter as they are, it was a perfect combination for me and fortunately they agreed on the script. It's their first film together. They are both professionals and great actors. Somewhere it helps if you are father and daughter in real life. It definitely helped the film," she told news agency PTI in an interview.