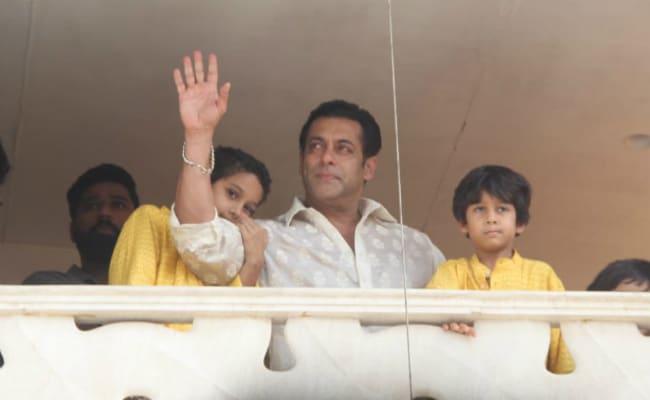 Salman Khan at the balcony of Galaxy Apartments

New Delhi: So good to see Salman Khan celebrate Eid with his fans! As is tradition, the 52-year-old superstar and super-busy actor never fails to slice out time to greet his fans on Eid and Saturday was one such day. Salman sent the sea of fans, waiting outside Galaxy Apartments - his Mumbai residence - in a tizzy after he made a much-awaited appearance on the balcony of his home to send best wishes to his fans on Eid. Dressed in a white kurta and pants, the actor was accompanied by the younger members of the khandaan. Joining Salman at the balcony were Sohail Khan's younger son Yohan and Amrita Arora's children Rayaan and Azaan. 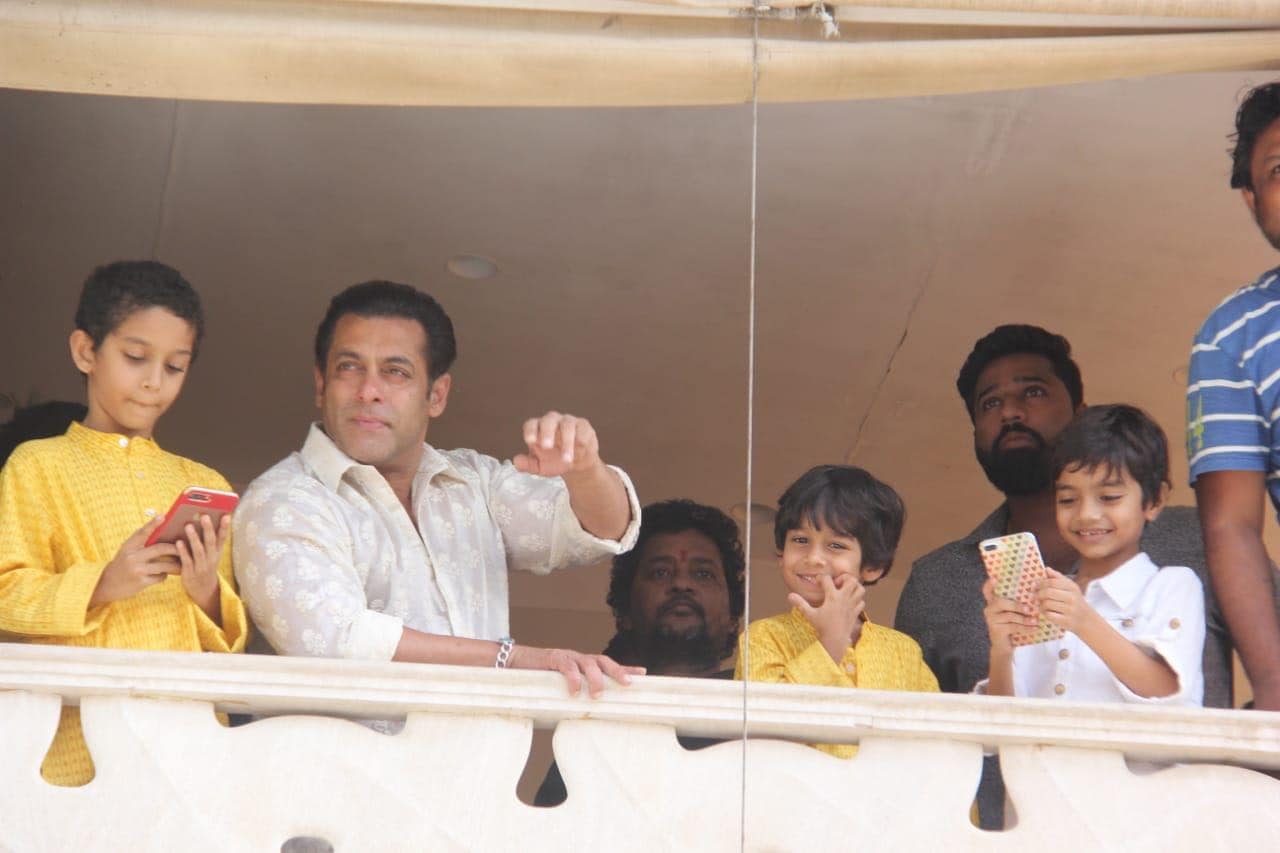 Salman Khan and the younger members of the Eid festivities made for some adorable photos at the balcony. While Salman was busy waving at his fans, the young ones appeared either amused by what's happening outside Galaxy or they remained busy on phones. But Salman and his Eid crew are simply way too adorable. 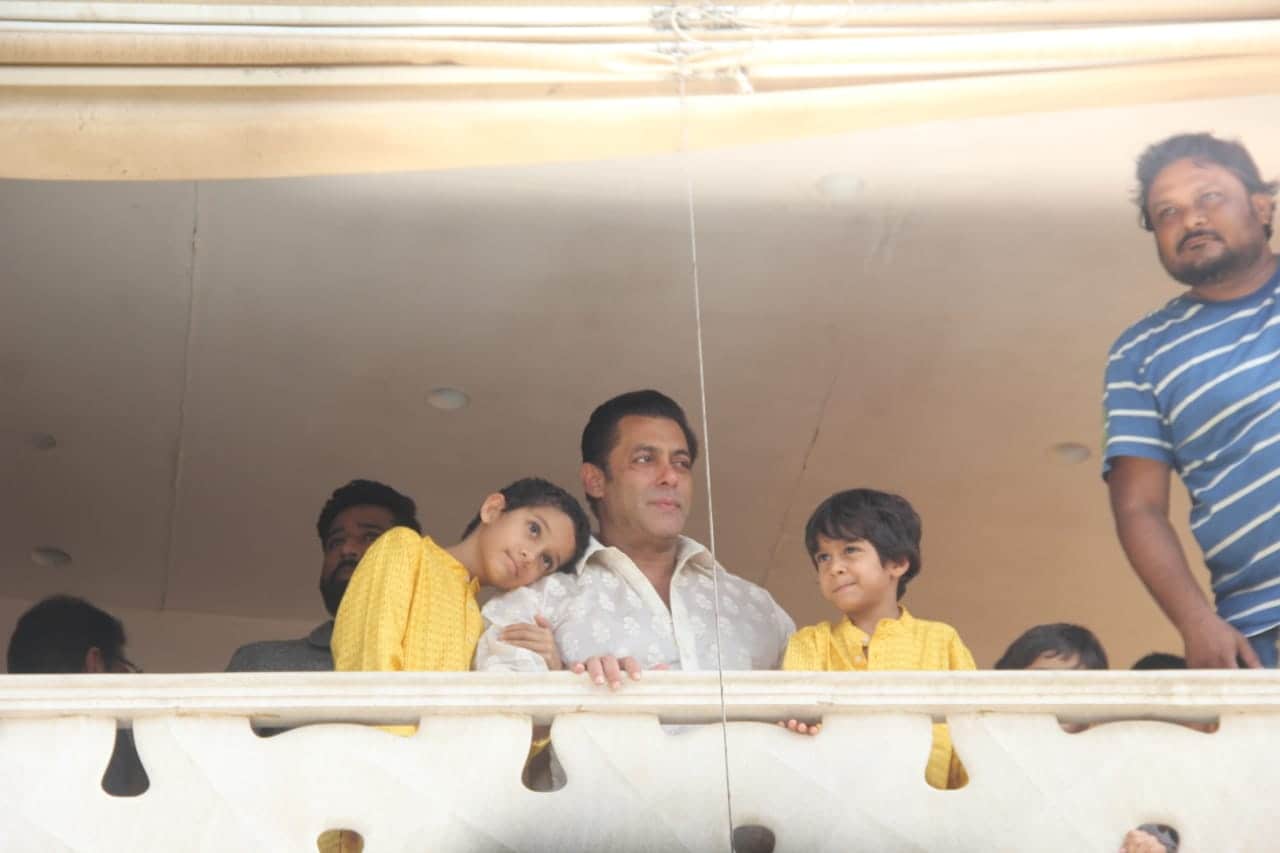 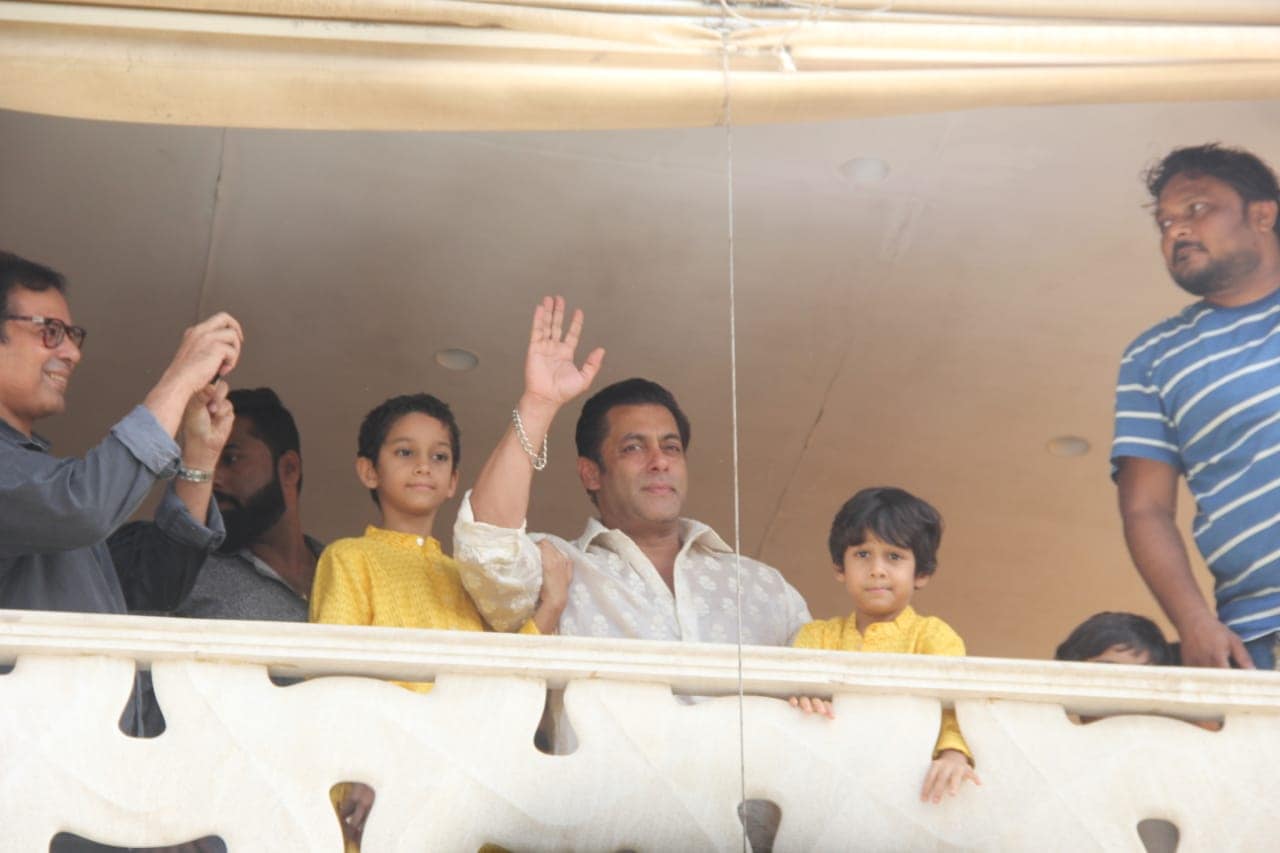 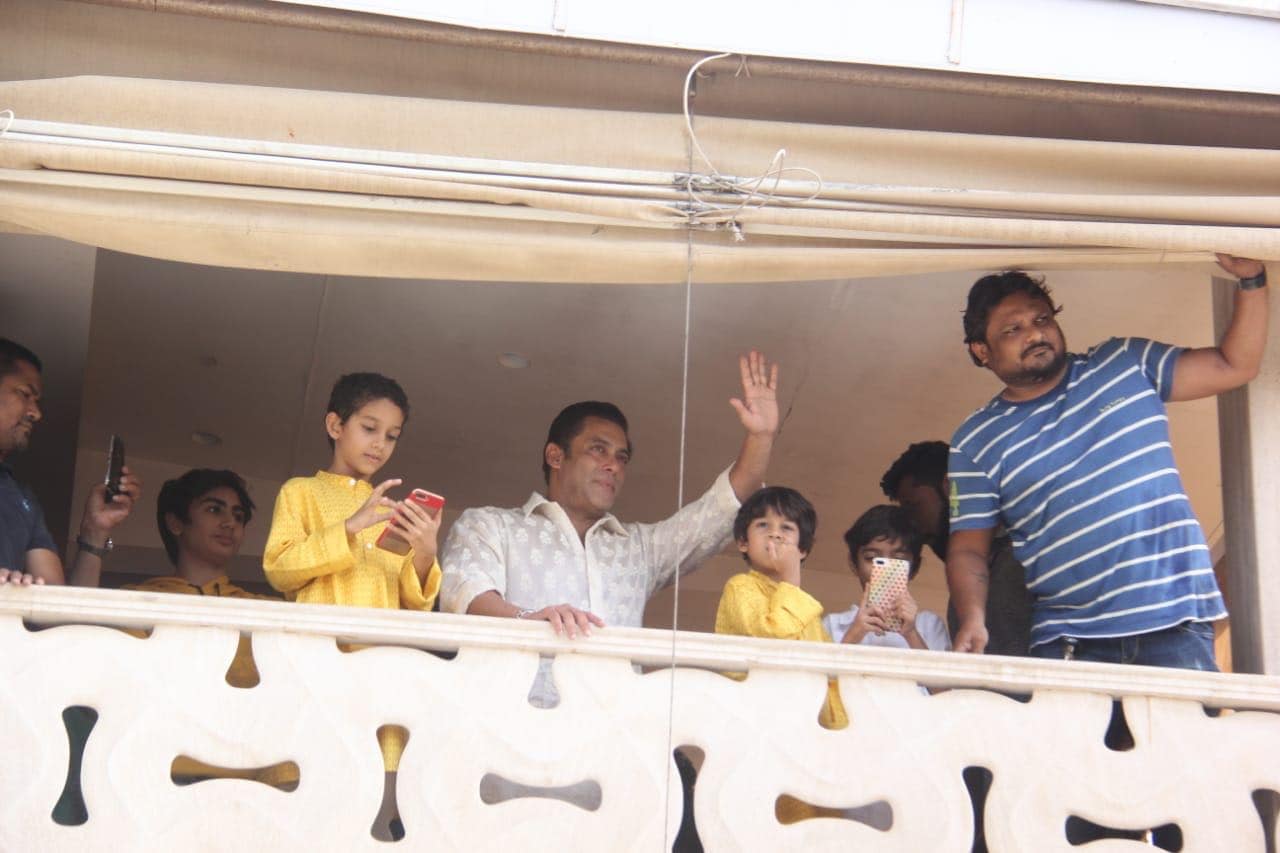 Promoted
Listen to the latest songs, only on JioSaavn.com
Salman Khan has double reasons to celebrate on Saturday because his new release Race 3 scored a whopping Rs 29.17 crores on opening day. Salman Khan's Eid offering is also predicted to do much better over the weekend, said trade analyst Taran Adarsh.