After a "gigantic start", Race 3 is expected to post massive numbers." 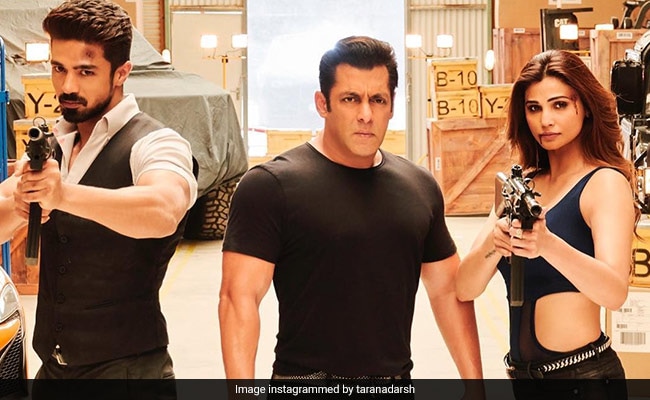 Salman Khan in a still from Race 3 (courtesy taranadarsh)

New Delhi: Looks like Salman Khan's Eid offering has been well accepted at the theatres! Race 3 has recorded a whopping sum of Rs 29 crores on opening day and in turn, placed itself on the top of 2018's list of Biggest Openers, reported trade analyst Taran Adarsh. Race 3, which also apparently was affected due to the pre-Eid celebrations, is expected to bring in humongous numbers over the weekend. According to Mr Adarsh, after a "gigantic start", this is how the race will be carried on by the Salman Khan-movie: "with Eid festivities commencing today [Sat], Race 3 is expected to post massive numbers."

Perching itself on top of the ambitious list, Race 3 has trumped films like Baaghi 2, "Padmaavat", Veere Di Wedding and PadMan with its opening day collections.

Salman Khan and Eid have a long history of blockbuster releases. Race 3 turned out to be his sixth Eid release to have made under Rs 30 crores on opening day. Ek Tha Tiger and Sultan, both Eid releases, made over the 30 crore mark upon releasing during the festivities.

Salman Khan's Race 3 opened to mixed reviews on Friday and in his review for NDTV, Saibal Chatterjee writes: "It puts far too much store by the lead actor's star power," and then adds: "Anil Kapoor, the oldest and longest surviving member of the Race family, seems to be the only one who knows what to expect from the guys, gals and toys around him."