Blog: Salman Khan Owns Race 3 - But Was Casting Him Really A Smart Move?

While Race and Race 2 were more about the content and the twists in the plot, Race 3 is all about Salman Khan

Any producer in Bollywood will agree to the fact that stars come with a lot of baggage. Sadly, all that baggage shows in the latest thriller Race 3. Abbas Mustan directed the earlier films of the franchise Race and Race 2. They knew exactly what to do with it and what fans expected. Producer Ramesh Taurani wanted to scale up his successful franchise and enter the big league; he thought the best thing would be to cast Bollywood's top star, Salman Khan. Turns out, it might have been the worst decision. A star of Salman's calibre won't just become a part of the film; he will make the film a part of his stardom. When Salman finally agreed to do Race 3, he recommended a lot of changes and the script had to be reworked keeping his preferences in mind. Instead of Abbas Mustan, the job of direction was given to choreographer-turned-director Remo D'Souza, whose last film A Flying Jatt was a disaster. Salman's close friend Daisy Shah was added to the cast and given a significant role. Two actors from Race 2 who continued in this latest installment are Jacqueline Fernandez and Anil Kapoor, both very close friends of Salman Khan.

While Race and Race 2 were more about the content and the twists in the plot, Race 3 is all about Salman Khan. There are some twists in this tale too but predictable ones. The fact is that if one casts Salman Khan, then it's evident that the focus will be on him because of his star status, but that's not what the Race franchise promised. 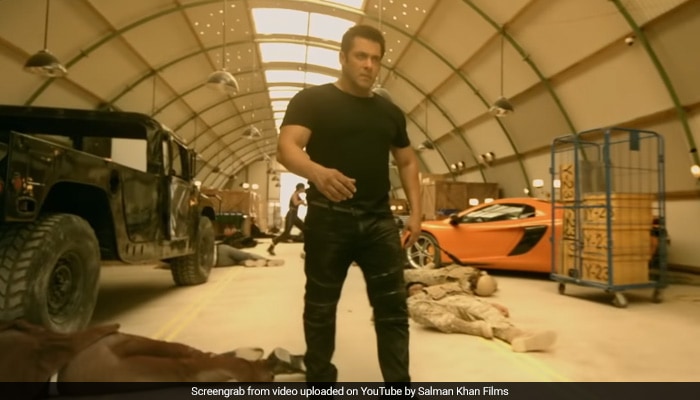 Will Race 3 work for Salman Khan? Well, only time will tell if it will. With Eid around the corner, it will surely get a bumper opening. But if fans don't enjoy a film, credibility takes a beating. It happened to him with Tubelight, which turned out to be a dud. Salman had finally started earning credibility as an actor with films like Bajrangi Bhaijaan and Sultan. His last release Tiger Zinda Hai also got a thumbs up from fans and critics. If Salman had joined the franchise, it might have worked; he doesn't just join this one - he owns it.

All that matters is that a film has to be entertaining. Director Remo D'Souza doesn't have the grip over the franchise the way Abbas Mustan did. Yes, he has spent a lot of money and blown up fancy cars and used choppers. Spending money is easy but spending it well is not. After watching Race 3, you feel it's a monstrous waste of big bucks.

Race 3 is not the first franchise to rope in a big star. The first Dhoom had John Abraham; in the second one, Hrithik Roshan stepped into his shoes and Dhoom 3 had Aamir Khan. All three films were hugely successful because the makers stayed true to the brand. Race 3 seems like a sell-out. Let's see if Salman's fans buy what he is out to sell this time.

Promoted
Listen to the latest songs, only on JioSaavn.com
(Rohit Khilnani is a senior entertainment journalist based in Mumbai, he is also the author of the book I Hate Bollywood. Information about box-office collections and whereabouts of films stars is at the back of his hand. He starts and ends his day by taking his dog, for walks)

Disclaimer: The opinions expressed within this article are the personal opinions of the author. The facts and opinions appearing in the article do not reflect the views of NDTV and NDTV does not assume any responsibility or liability for the same.
Comments
race 3race 3 salman khan