The new poster of Allu Arjun and Pooja Hegde's upcoming film Duvvada Jagannadham was unveiled on Monday. The poster features the romantic side of Allu and Pooja's characters in the film 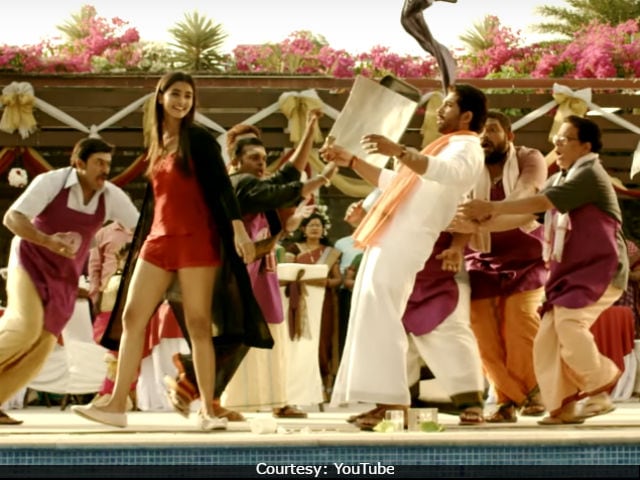 
Duvvada Jagannadham, earlier scheduled to release this month, is slated to hit the screens on June 23.

Music director Devi Sri Prasad, who has worked with Allu Arjun in his previous films like S/O Satyamurthy, Arya, Julayi and Arya 2 has composed songs for Duvvada Jagannadham.

Promoted
Listen to the latest songs, only on JioSaavn.com
Duvvada Jagannadham is Allu Arjun's first film of 2017. The 34-year-old actor was last seen in Sarrainodu, which released in 2016. Meanwhile, Duvvada Jagannadham is Pooja Hegde's third Telugu film. She debuted in Bollywood with 2016's Mohenjo Daro, opposite Hrithik Roshan. She has earlier starred in Telugu films Oka Laila Kosam and Mukunda.