Post the darshan, Amitabh, Jaya and Kajol were spotted chatting with the Mukherjee family 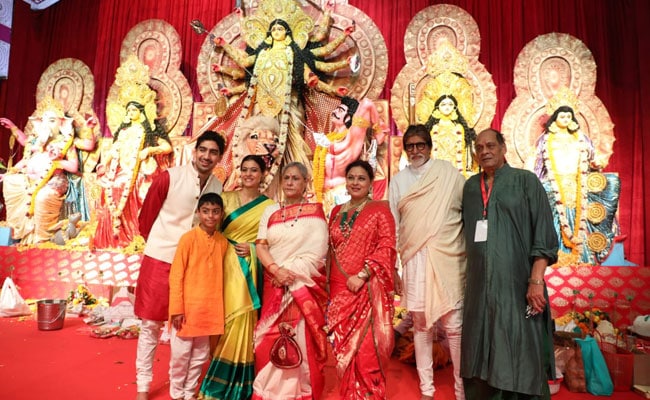 Amitabh Bachchan and his wife Jaya Bachchan celebrated Durga Puja with actresses Kajol, Rani Mukerji and their family at a sarbojanik Durga Puja samite, organised by filmmaker Ayan Mukerji's father Deb Mukherjee and his cousin Sharbani Mukherjee, in Mumbai on Sunday. The stars spent time with the Mukherjee family at the pandal. For those who don't know, Ayan Mukerji is the cousin of Kajol as well as Rani Mukerji (more on that later). Amitabh and Jaya Bachchan were twinning in white outfits while Kajol looked gorgeous in a yellow and green silk sari. Rani Mukerji was photographed wearing a red silk saree, which she paired with a purple blouse. Ayan Mukerji paired his red kurta with off-white pyjama and a Nehru jacket. Post the darshan, Amitabh, Jaya and Kajol were spotted chatting with the Mukherjee family.

Check out the photos from the Durga Puja celebrations, hosted by the Mukherjees: 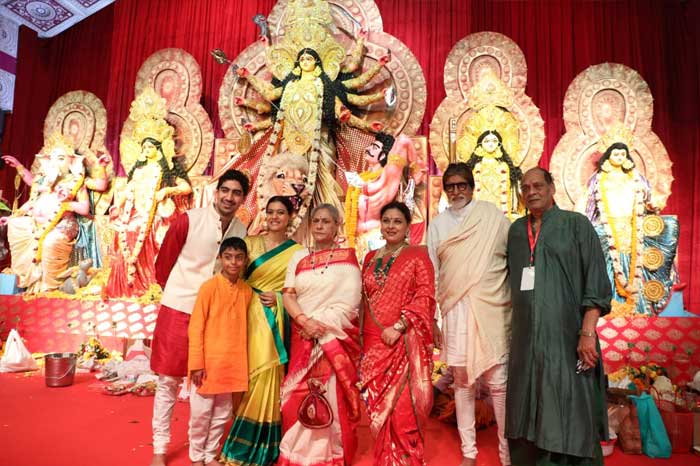 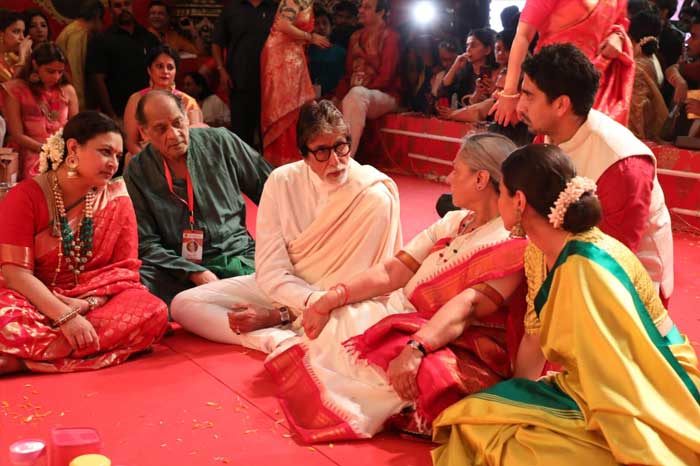 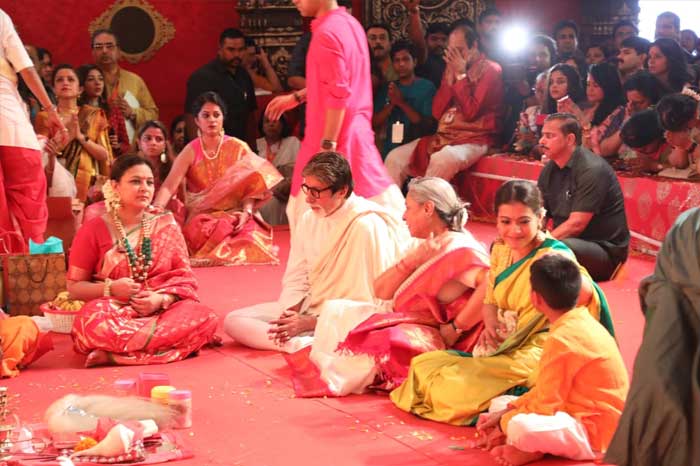 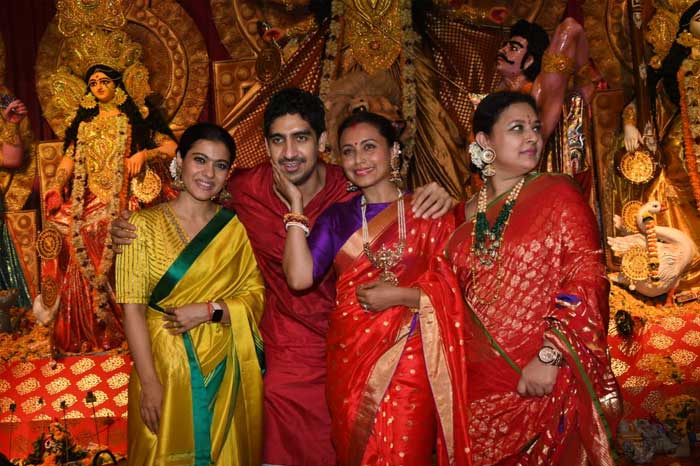 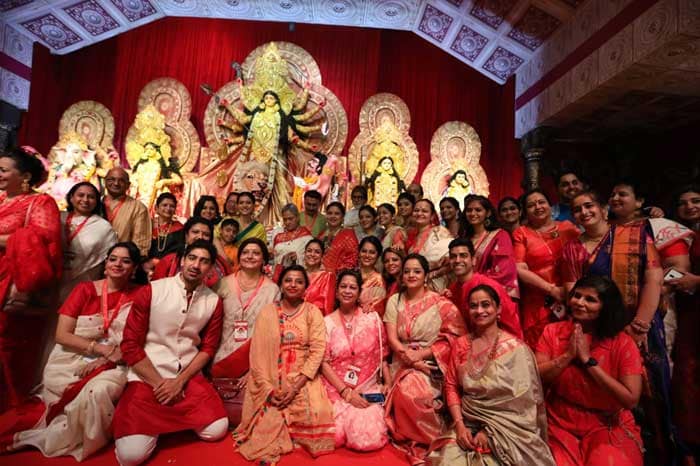 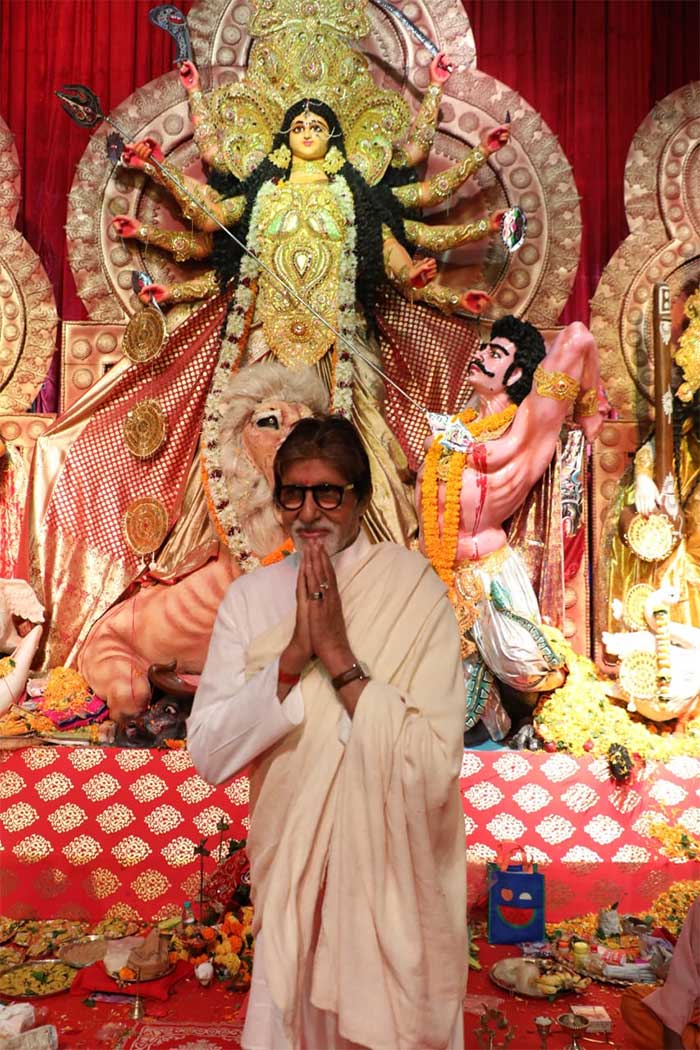 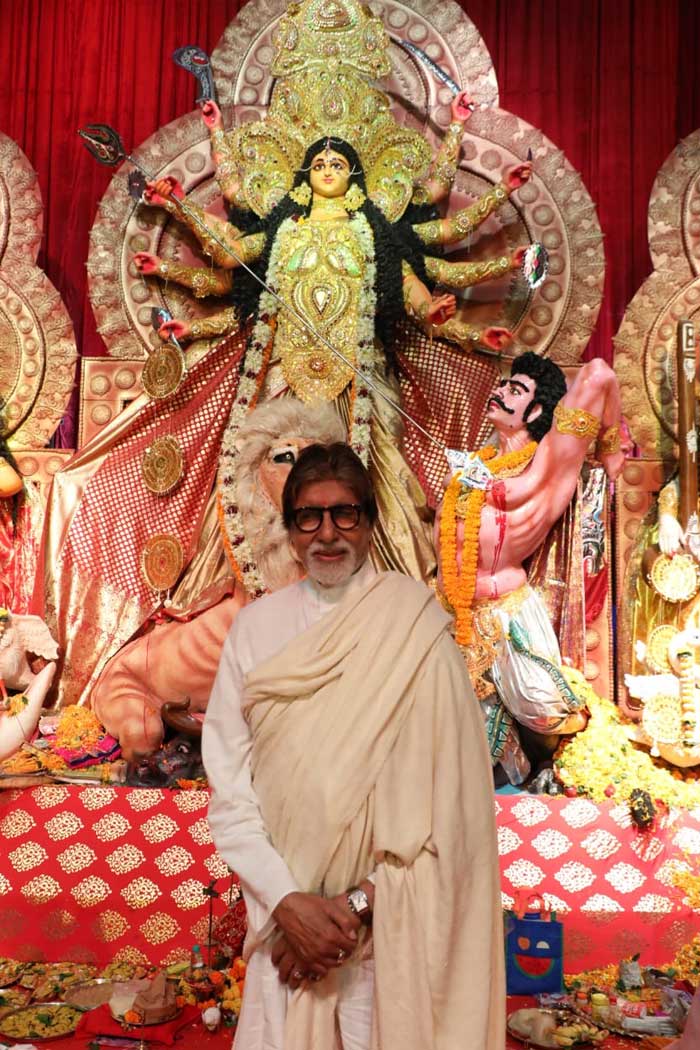 Watch the Bachchans celebrating Durga Puja with other stars:

On the work front, Amitabh Bachchan currently hosts the eleventh season of Kaun Banega Crorepati. His has several films lined-up such as Jhund, Brahmastra, Chehre and Gulabo Sitabo. Kajol, on the other hand, was last seen in Pradeep Sarkar's comedy-drama Helicopter Eela, based on Anand Gandhi's Gujarati play Beta, Kaagdo. She will next be seen in Taanaji: The Unsung Warrior, a biopic on military leader Tanaji Malusare.