Drashti Dhami rarely posts pictures highlighting her personal life on social media and this time she's winning over the Internet. 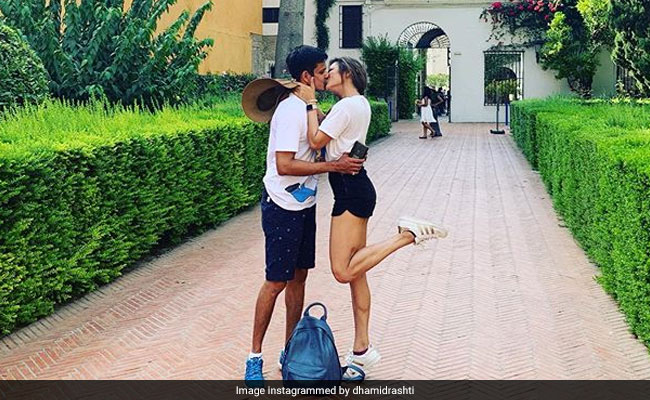 Television actress Drashti Dhami is holidaying in Spain with her husband Neeraj Khemka and a picture from their travel diaries is now viral on social media. The Madhubala actress shared a picture of herself and Neeraj in a romantic moment and captioned it, "Love, kisses and summertime madness." Her Instafam sent her a whole lotta love in the comments thread. Colleagues Sriti Jha, Mahhi Vij, Adaah Khan, Aditi Sharma and Sunayana Fozdar shared hearts and heart-eyed emoticons while fans added comments such as, "May God always protect you both (this adorable relationship) from the evil eye" and "a kiss never looked this authentic and gorgeous before!"

Drashti Dhami shared some other adorable pictures from her trip to Spain, not including her husband. Drashti enjoyed the sunset and Instagram's all hearts for this picture:

Drashti also shared this picture from her visit to the Bora-Bora beach in Ibiza:

Drashti Dhami started her career on the small screen with Dill Mill Gayye and she followed it up with a lead role in Geet - Hui Sabse Parayi. However, Madhubala - Ek Ishq Ek Junoon opposite Vivian Dasena is arguably considered to be her breakthrough show. Drashti Dhami has also starred in shows like Ek Tha Raja Ek Thi Rani, Pardes Mein Hai Mera Dil and Silsila Badalte Rishton Ka.

Silsila Badalte Rishton Ka ended abruptly and Drashti was heavily criticised for playing the role of a home-breaker in the show.