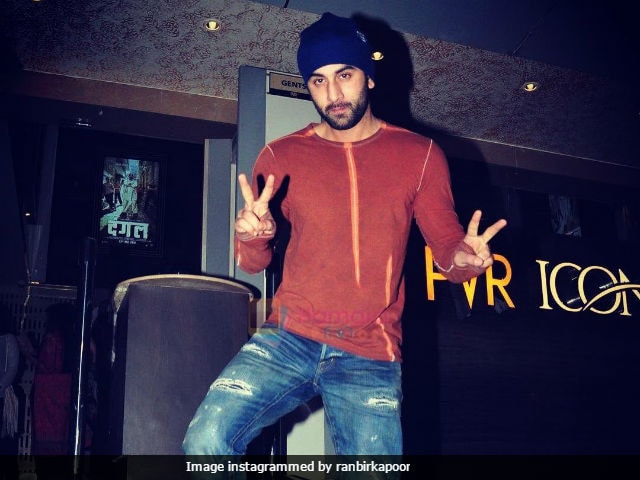 New Delhi: Ranbir Kapoor will portray role of a man with special power in Ayan Mukerji's next venture. The filmmaker told news agency PTI that Ranbir Kapoor's character will use fire as his special power. The project which also features Alia Bhatt in the lead role has been tentatively titled Dragon. "I have not locked the title yet.Dragon is just the tentative title. It was called Dragon because in the film, the boy has connection with fire. It is his power. The guy has a mystical connection with fire. So, I called it Dragon. There's something I like about the word," Ayan told PTI.

The 33-year-old director also added that the Tamasha actor will have to work intensively for his role in the film. "Ranbir will have to put a lot of extra efforts for the movie. There's so much stuff in the film like action, dance, movements... I hope he is going to do a lot in the film," he told PTI during the Indian premiere of Oscar nominated film Moonlight.

Promoted
Listen to the latest songs, only on JioSaavn.com
Dragon will be Ayan Mukerji and best friend, Ranbir Kapoor's third collaboration.The Roy actor is expected to start shooting for the film in August. The duo have previously worked in films such as -Wake Up Sid (2009) and Yeh Jawaani Hai Deewani (2013).

Ranbir Kapoor was last seen romancing Anushka Sharma and Aishwarya Rai in Karan Johar's Ae Dil Hai Mushkil. The 34-year-old actor is currently busy shooting for Sanjay Dutt's biopic, directed by Rajkumar Hirani. The Rockstar actor will next be seen in Anurag Basu's Jagga Jasoos, opposite former girlfriend, Katrina Kaif. The film is scheduled to release in April this year.
(With PTI inputs)