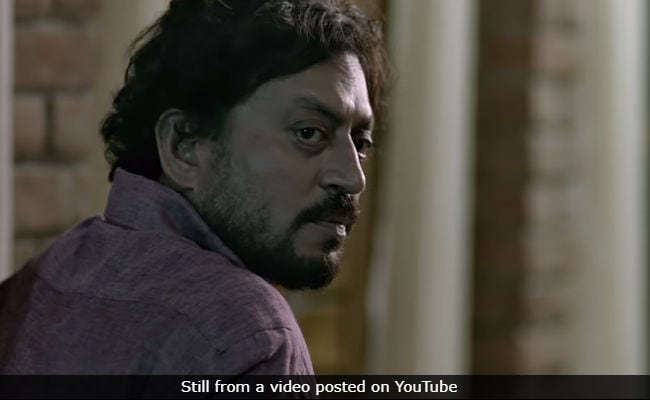 Bangladeshi film Doob, starring Irrfan Khan, is the country's official selection for the 91st Academy Awards and the Indian actor is super "thrilled" with the development, reports news agency PTI. "Irrfan is extremely happy to hear the news. It is an honour to be recognised by the jury and he is delighted that his film is getting the much deserved acknowledgement at long last," the 51-year-old actor's spokesperson said in a statement, reports PTI. Irrfan Khan, who is currently undergoing treatment for neuroendocrine tumour abroad, also co-produced the film. Irrfan sparingly makes an appearance on social media to post about the projects which he shot before being diagnosed with neuroendocrine tumour earlier this year.

Doob (released as No Bed of Roses in English) is directed by Mostofa Sarwar Farooki, and it premiered at the Shanghai International Film Festival in 2017. Doob toured several film festivals and won critical acclaim from international film critics.

Speaking about casting Irrfan Khan, Mostofa Sarwar Farooki told PTI: "It would have been impossible to make this film without his involvement as an actor and co-producer. I share a wonderful relation with him, on and off the set. I call him "poet" and he jokingly corrects me saying "I m a poet with no words" In this film, he actually expressed so many things with very little help of words and I'm glad to have collaborated with one of the finest actors of not just India but globally," the director said.

"I am happy because Doob is representing Bangladesh at the Oscars. I hope the film would find some love from the Academy voters," he added.

The film also features Indian actor Parno Mittra and Bangladesh's Nusrat Imrose Tisha and Rokeya Prachy in pivotal roles. Bangladesh is yet to secure an Academy Award nomination. The 91st Academy Award ceremony will be held on February 24.