Don't Mess With Genelia D'Souza In The Gym. Because... 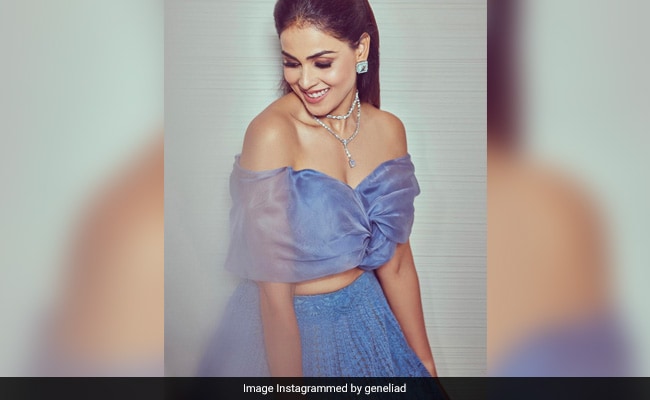 Genelia D'Souza always keeps us entertained with her funny posts on social media. On Thursday, Genelia D'Souza shared a supper funny post along with her gym trainer, Rohit Sharma. Genelia D'Souza can be seen lip-syncing to the dialogue, I am waiting from Thuppakki as she waits for her turn. She wrote: "Ever been in one of these situations? Ha ha ha ha ha." Genelia also added hashtags like #gymreels #reelitfeelit. The same reel was then shared by her gym trainer, Rohit Sharma. "This wasn't a good idea to keep her waiting," wrote Rohit along with hashtags like #genelia #ultimateperformance #reelkarofeelkaro #reelitfeelit #notagoodidea #trending #justforlaughs.

This is what Genelia D'Souza posted:

Recently, Genelia D'Souza and Riteish Deshmukh's elder son Riaan turned seven. Sharing the post, Genelia wrote: "I have a zillion wants, desires, and wishes for you but what you have taught me is that those are mine and not yours. So today I want to promise you that I will always put your wants before mine. When you want to fly, I will not try to be your wings but rather the wind beneath your wings." She also promised to be a supportive mom and wrote: "If you are don't hold the first place, I promise to not to get disappointed but rather show you the beauty of a second-place or maybe even show you that being last in the line still has its own specialness, it's own grit, it's own determination but most of all to assure you that I will always be in front of you to cheer you on behind you to have your back and next to you so you aren't walking alone. Happy birthday, Riaan. I love you my brave boy"