Dobaara Trailer: Huma Qureshi, Saqib Saleem Will Scare The Heck Out Of You

Huma Qureshi and Saqib Saleem, who are real-life siblings, are all set to co-star with each other in their upcoming thriller Dobaara 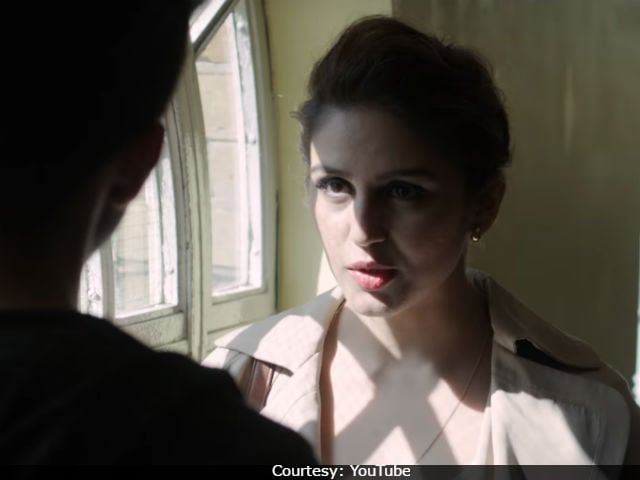 New Delhi: Actors Huma Qureshi and Saqib Saleem, who are real-life siblings, will co-star with each other in their upcoming thriller Dobaara. The trailer of the film was unveiled today. Dobaara also features National Award winner actor Adil Hussain, Lisa Ray and Saqib's Mere Dad Ki Maruti co-star Rhea Chakraborty. The film's plot is based on Huma, Saqib, who star as brother and sister and a 'haunted' mirror. Adil and Lisa play their parents. Huma and Saqib's characters try to find out the reason behind the death of their parents and their spoiled childhood. Dobaara trailer is sure to intrigue the audiences. The film is an adaptation of Mike Flanagan's Hollywood supernatural horror film Oculus, which released in 2013.

Watch the trailer of Dobaara here:


Dobaara is Huma Qureshi's second film in this genre. She earlier starred in Ek Thi Daayan (2013), co-starring Konkana Sen Sharma, Kalki Koechlin and Emraan Hashmi. Huma Qureshi was last seen in Jolly LLB 2, opposite Akshay Kumar. The film released in February this year. She is the star of film like Gangs of Wasseypur, Luv Shuv Tey Chicken Khurana, and Badlapur.

Promoted
Listen to the latest songs, only on JioSaavn.com
Saqib also shared the trailer on Twitter and wrote, "Culprit or the victim?" The actor made his acting debut in the 2011 romantic comedy Mujhse Fraaandship Karoge, for which, he was nominated for the Filmfare Award in the Best Male Debut category. Saqib has also starred in films like Bombay Talkies and Hawaa Hawaai.

Dobaara, directed by Prawaal Raman is set to hit the screens on June 2.