Diwali 2021: "Thank you for a fun, chilled evening and a lovely dinner as usual," wrote Sara Ali Khan 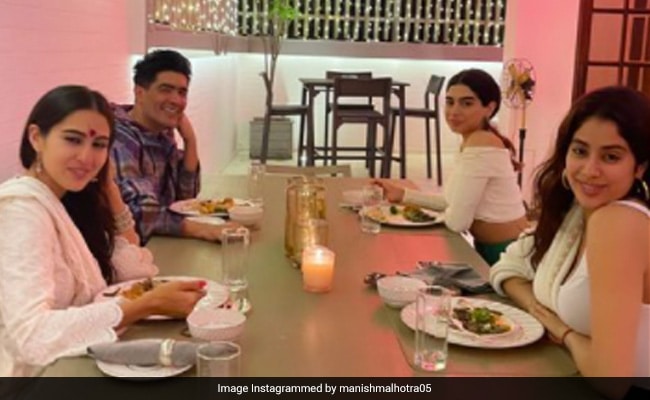 This is what Manish Malhotra posted: 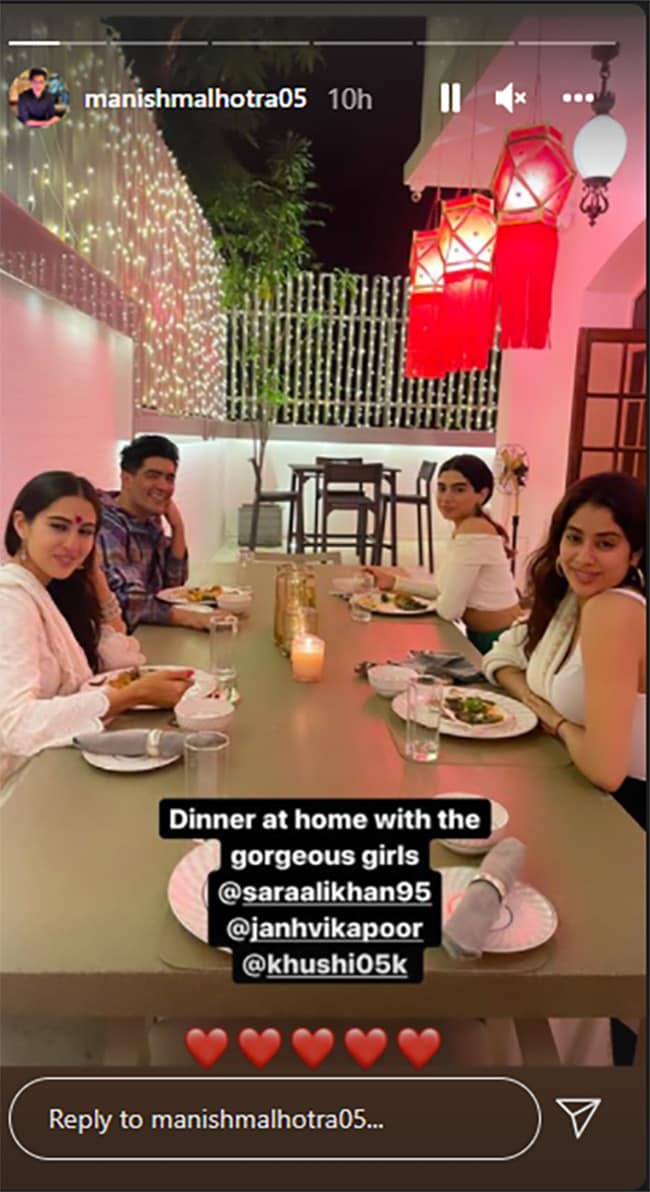 The designer also invited veteran actress Rekha for the festive night. "Festive evening at home with my absolute favourite one and only Rekha," he wrote sharing the picture. 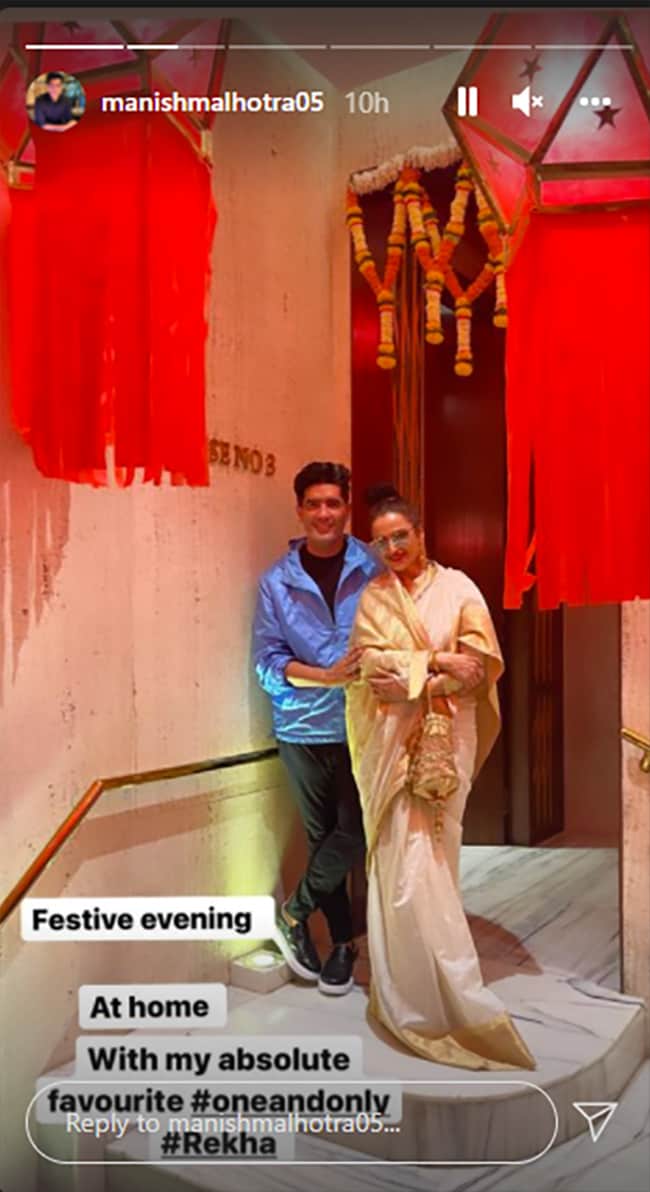 Manish Malhotra, a popular name in the Indian fashion circuit, has styled for films like Rangeela, Dilwale Dulhania Le Jayenge, Kuch Kuch Hota Hai, Kabhi Khushi Kabhie Gham..., Fanaa, My Name Is Khan, among many, many others. Bollywood stars like Kajol and Kareena Kapoor swear by his designs.

Janhvi Kapoor  is late actress Sridevi and film producer Boney Kapoor's daughter. Her sister Khushi Kapoor is also an aspiring actress and she studies at the New York Film Academy. In terms of work, Janhvi Kapoor was last seen in the horror comedy Roohi, with Rajkummar Rao and Varun Sharma.