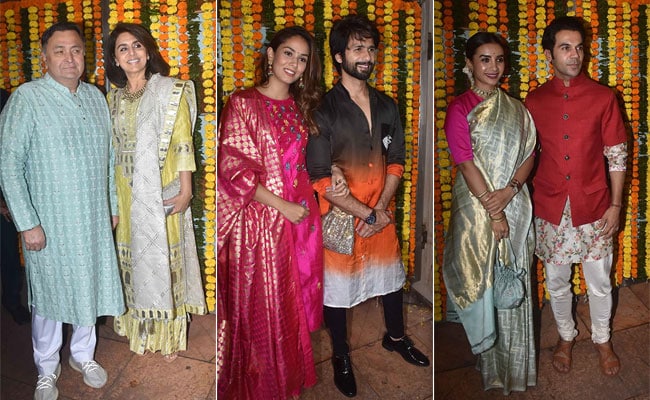 Filmmaker Ekta Kapoor hosted a lavish Diwali party on Saturday night at her Mumbai residence and a major chunk of Bollywood celebrities made it a memorable night. The Diwali bash was a grand affair with celebrities like Rishi Kapoor, his wife Neetu Kapoor, Shahid Kapoor and Mira Rajput, Rajkummar Rao and his girlfriend Patralekhaa, Huma Qureshi, Nushrat Bharucha, Soha Ali Khan, her husband Kunal Kemmu, Mouni Roy, Chunky Panday and many more on the guest list. Rishi Kapoor was among the first ones to arrive at the party. He checked in with his actress wife, who was looking adorable in a yellow printed kurti. 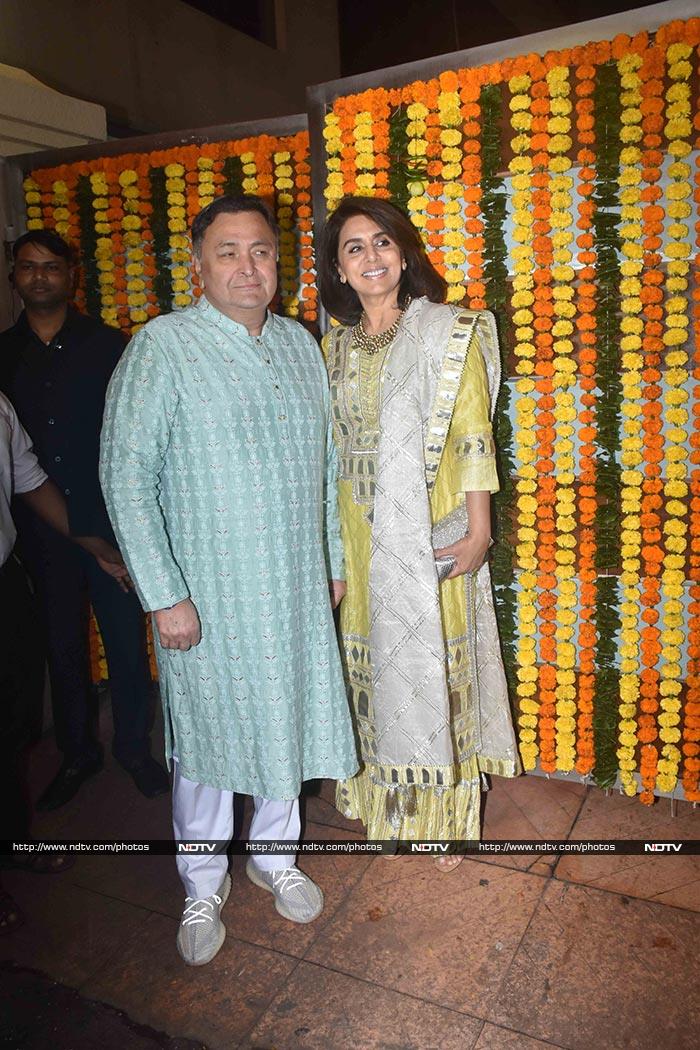 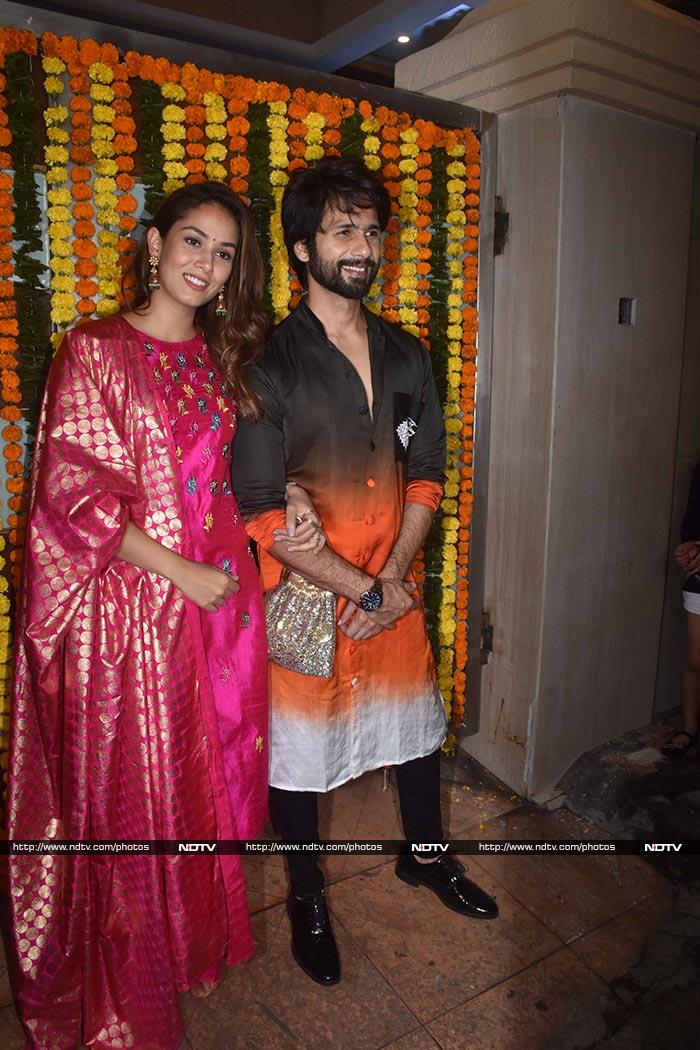 Patralekhaa, who looked resplendent in a white-and-golden saree, posed with her partner Rajkummar Rao. The duo looked stunning together. 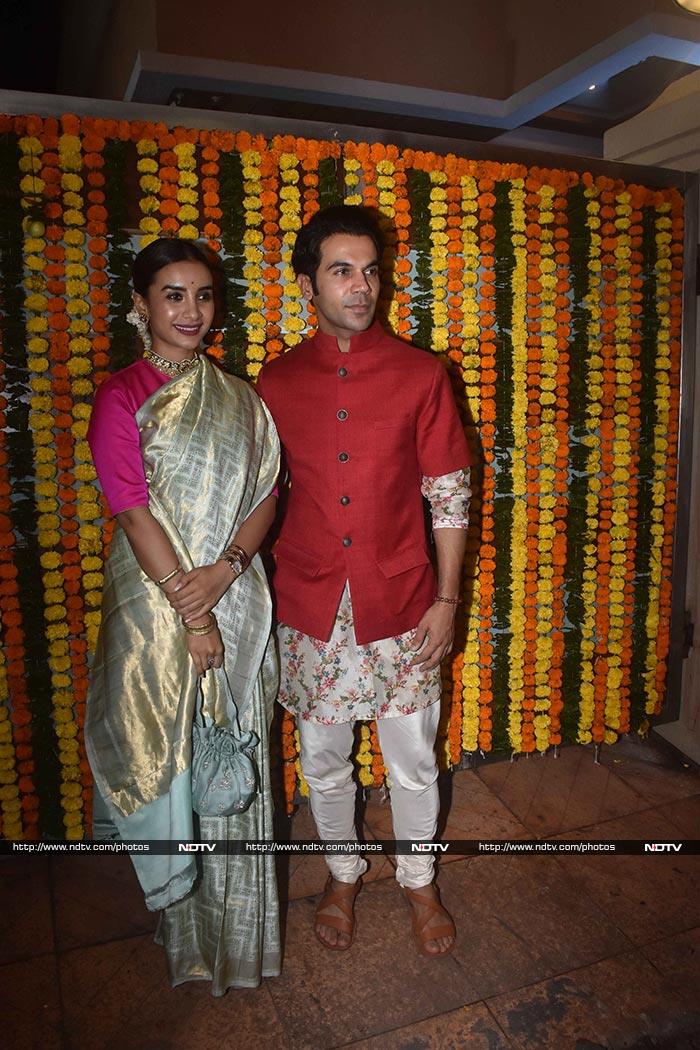 Soha Ali Khan and Kunal Kemmu were photographed arriving at the party. Soha looked beyond adorable in a white outfit while Kunal opted for a light green kurta and white pyjama. 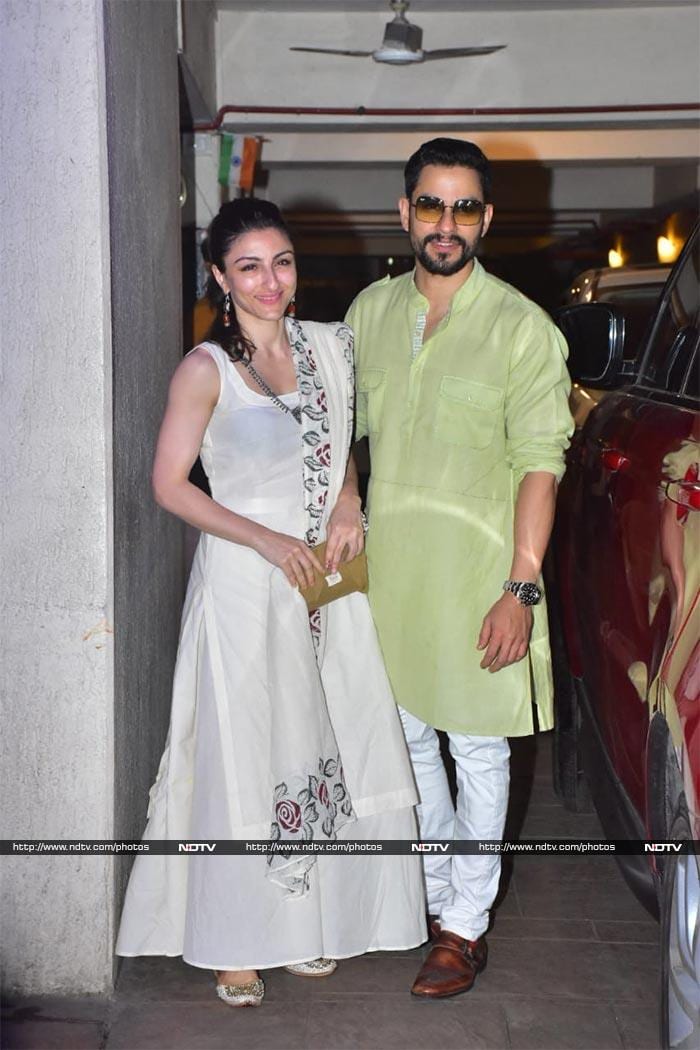 The dress code for the party veered between vibrant and pastels, with Mouni Roy in grey printed saree, while Huma Qureshi and Nushrat Bharucha showed up bright traditional outfits. 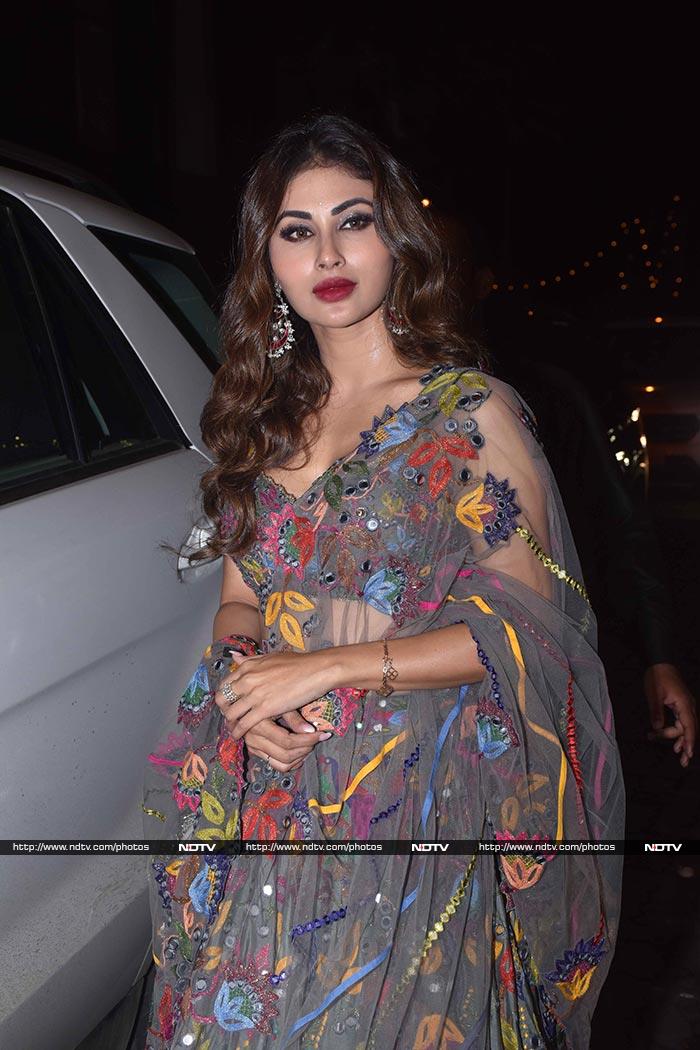 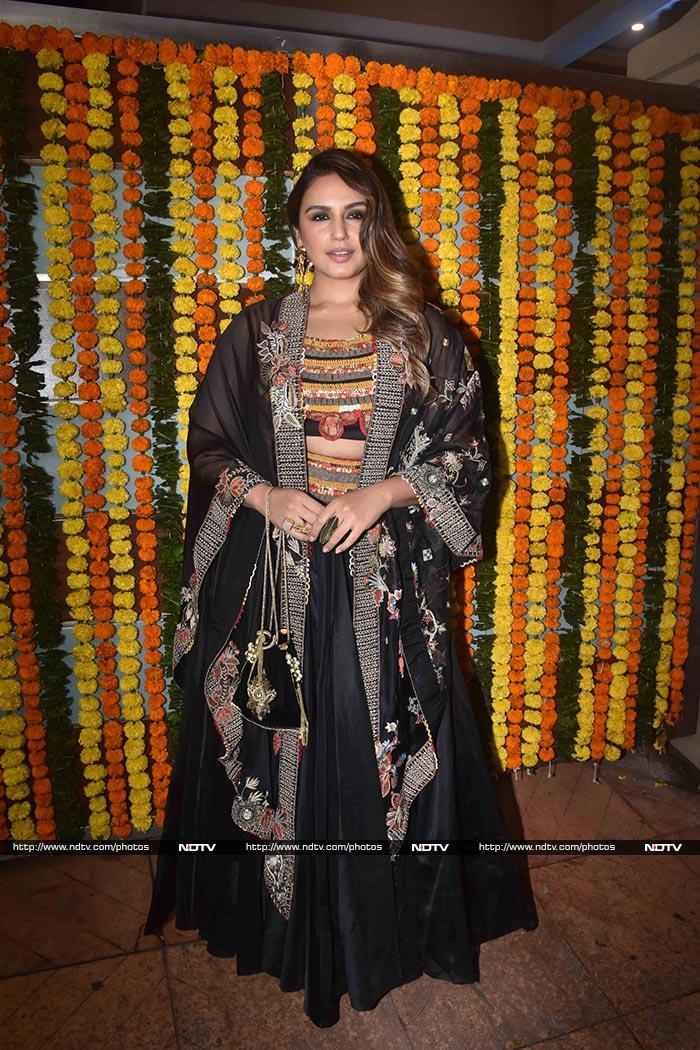 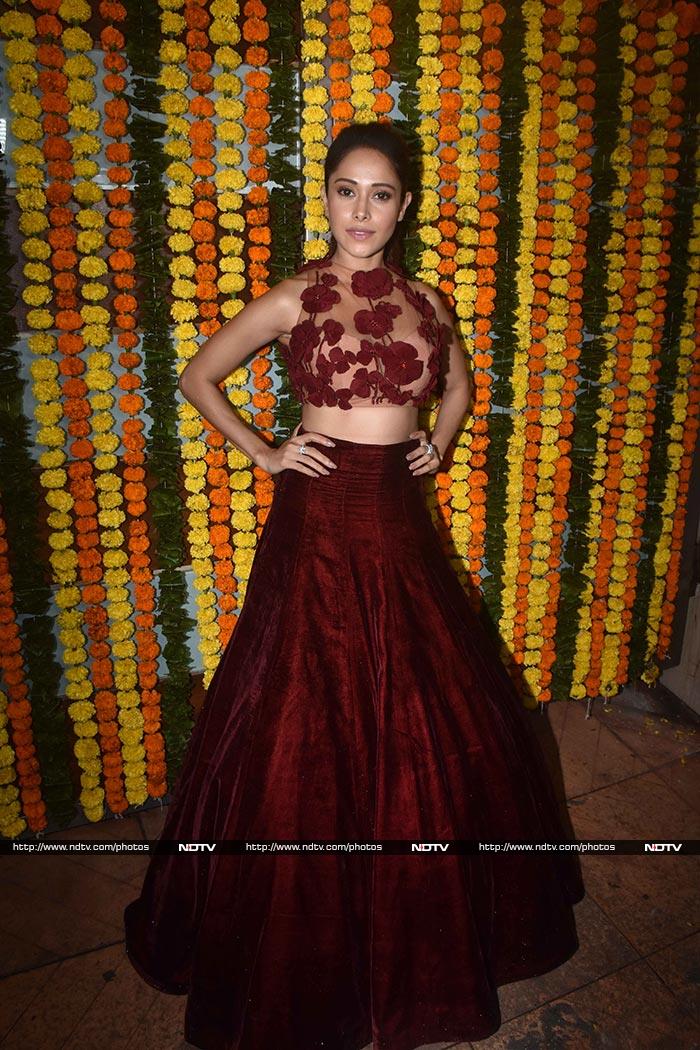 Tusshar Kapoor wouldn't have missed his sister's party for the world. He posed for the shutterbugs with actor Aftab Shivdasani and his wife Nin Dusanj. 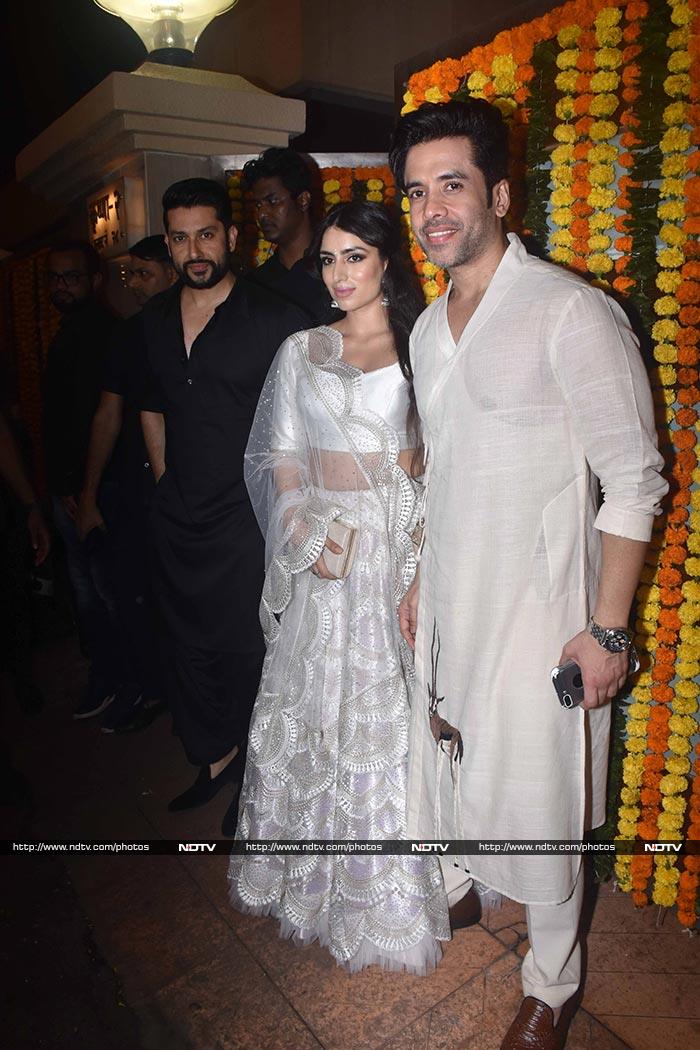