Diwali 2019: Shilpa Shetty and her husband Raj Kundra arrived together at the Diwali bash 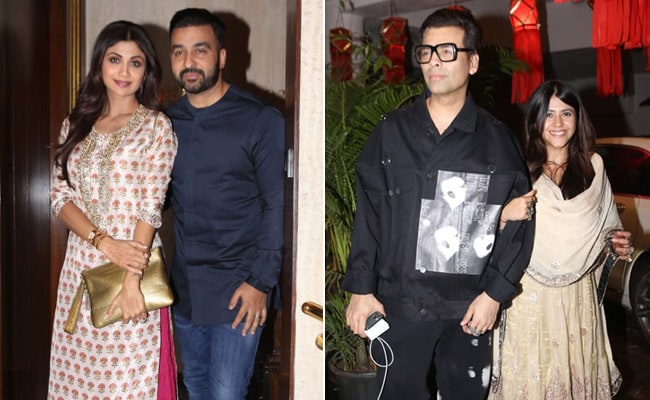 Fashion designer Manish Malhotra hosted a Diwali party on Monday night, which was attended by his Bollywood friends, including Shilpa Shetty, Karan Johar, Ekta Kapoor, Nushrat Bharucha, Vaani Kapoor, Tahira Kashyap, Sophie Choudry and Salman Khan's sister Arpita Khan Sharma. Most of the celebrities showed up in varying levels of party dress while many of them were dressed in traditional outfits. Shilpa Shetty and her husband Raj Kundra arrived together at the Diwali bash. Shilpa was dressed a cream-and-pink kurta lehenga set. Filmmakers Karan Johar and Ekta Kapoor showed up together at the event. While Ekta wore a traditional outfit, Karan opted for a casual black shirt and trousers. 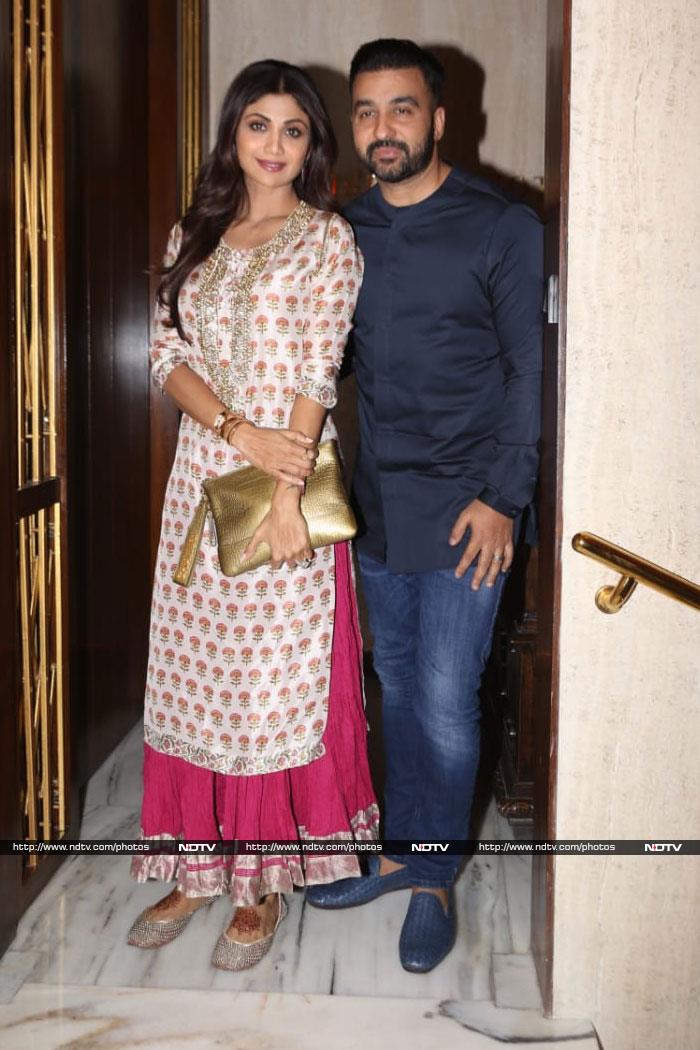 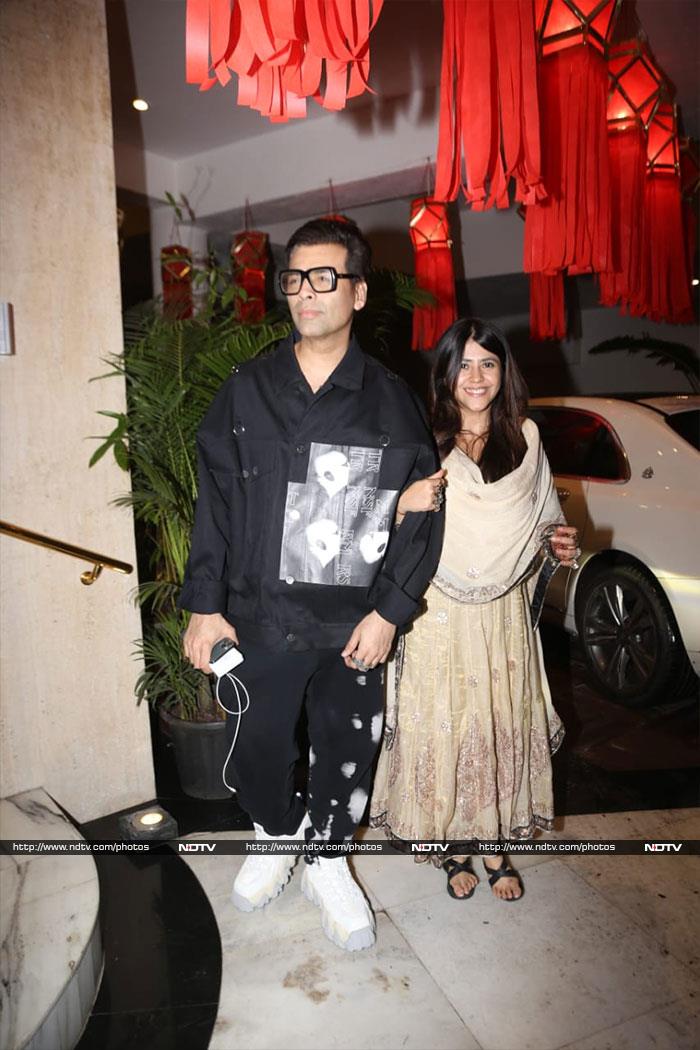 Karan Johar and Ekta Kapoor at the Diwali celebrations. 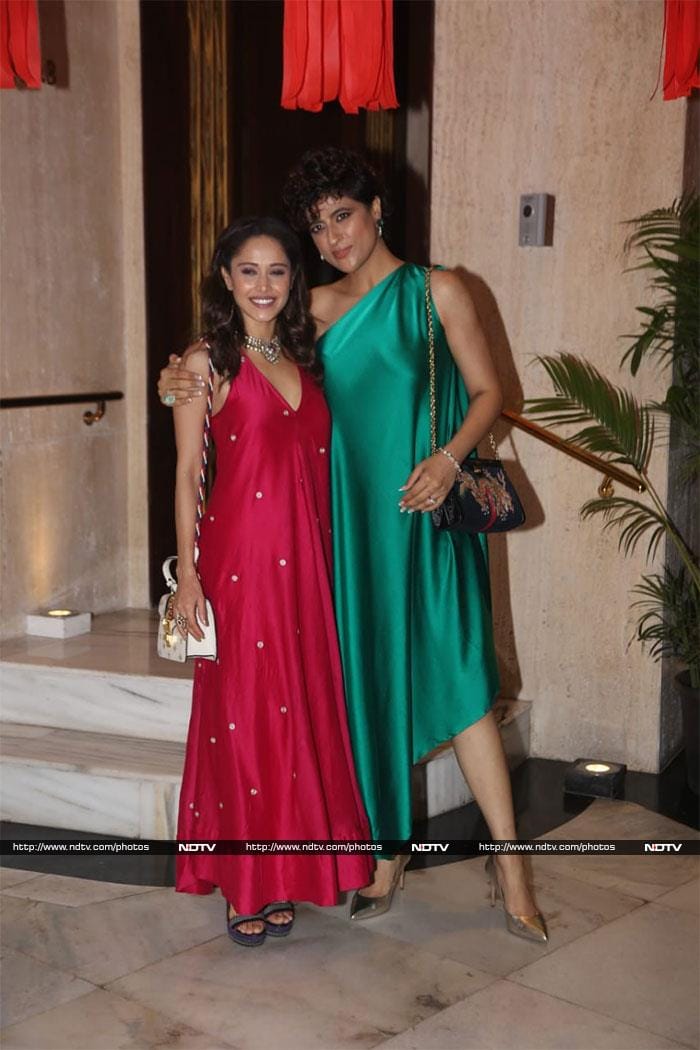 Nushrat Bharucha and Tahira Kashyap posed together for the shutterbugs.

War actress Vaani Kapoor arrived at the party dressed in a printed white suit. Sophie Choudry looked adorable in pink traditional attire. She was all smiles for the shutterbugs. 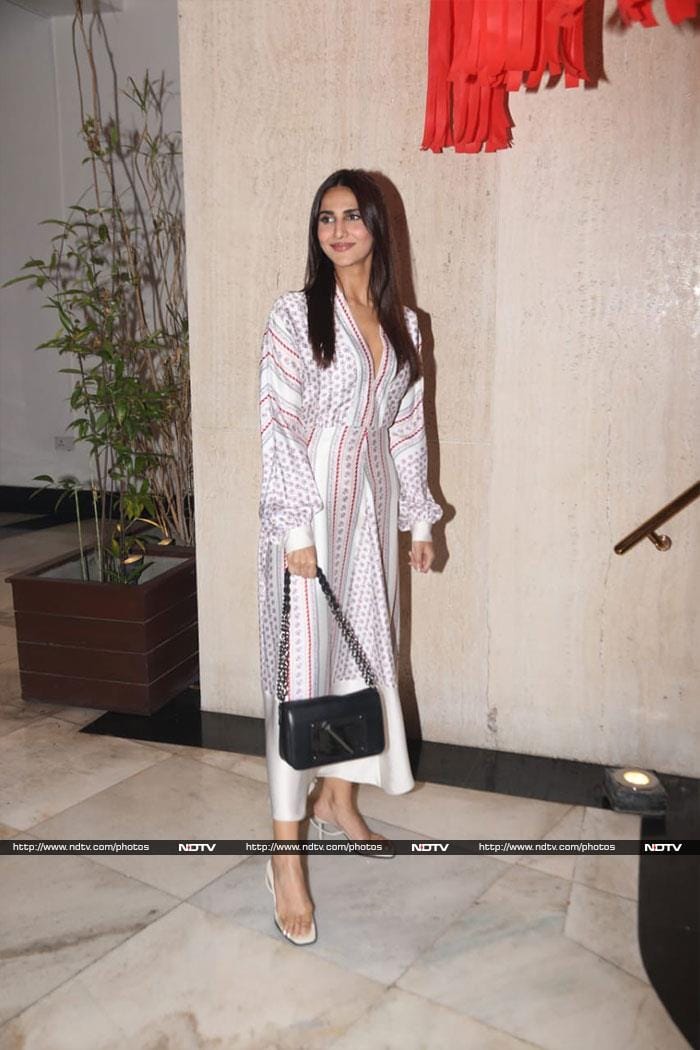 Vaani Kapoor was also there. 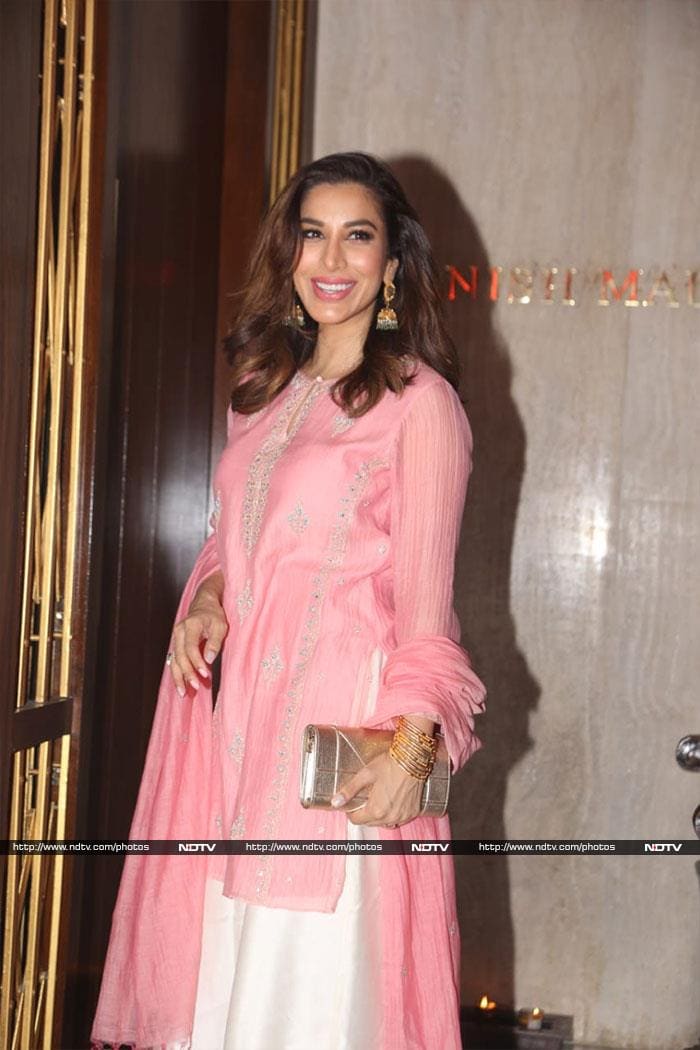 Sophie Choudry was all smiles for the shutterbugs.

Arpita Khan Sharma was also present at the occasion. She wore a sparkly black suit. 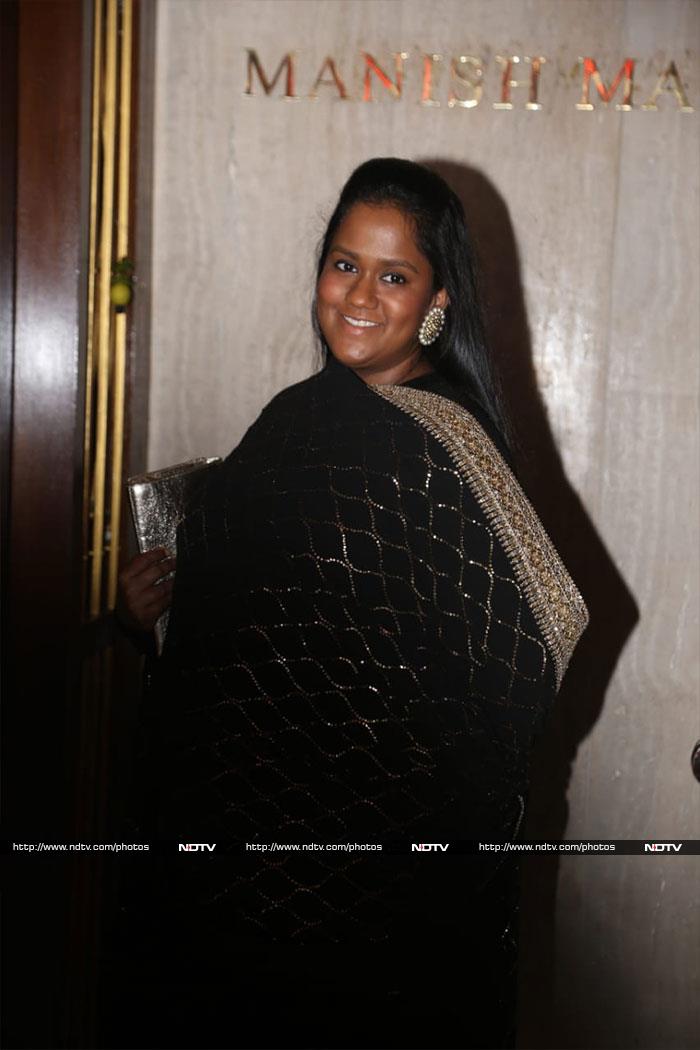 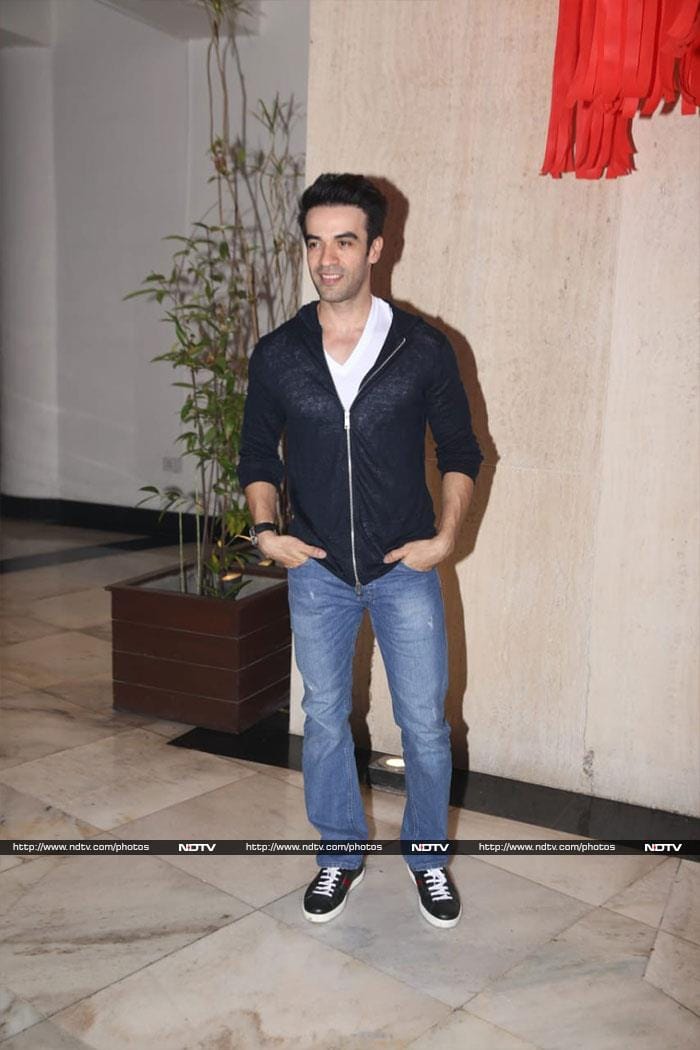 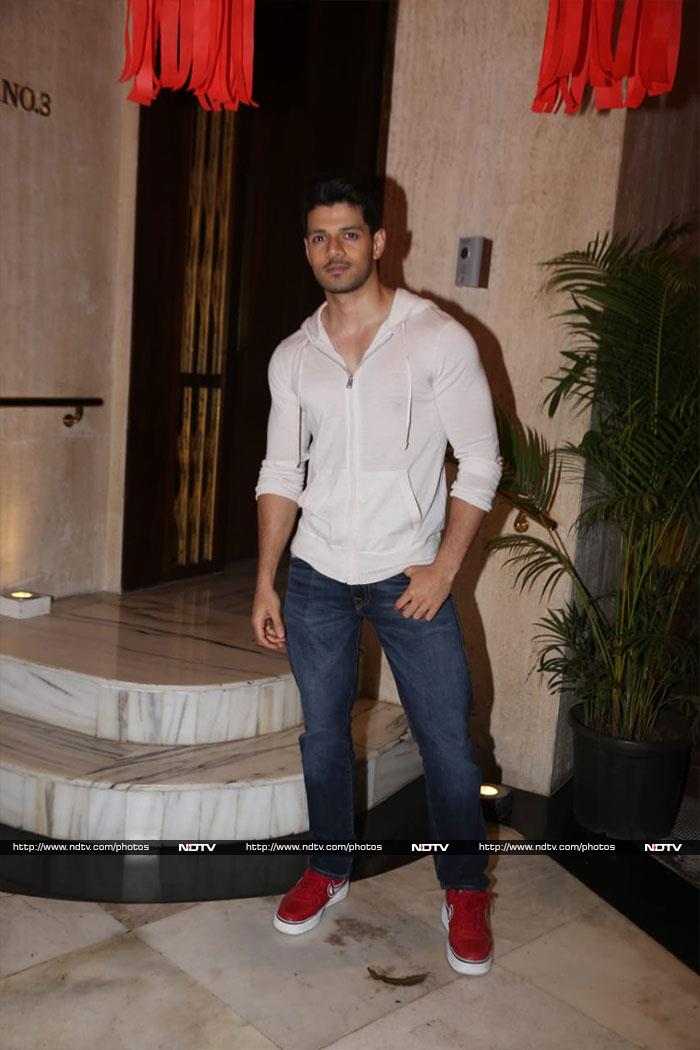 Pictures from the celebrations were also shared by Nushrat Bharucha, Vaani Kapoor, Sophie Choudry and Arpita Khan Sharma on Instagram. Take a look: 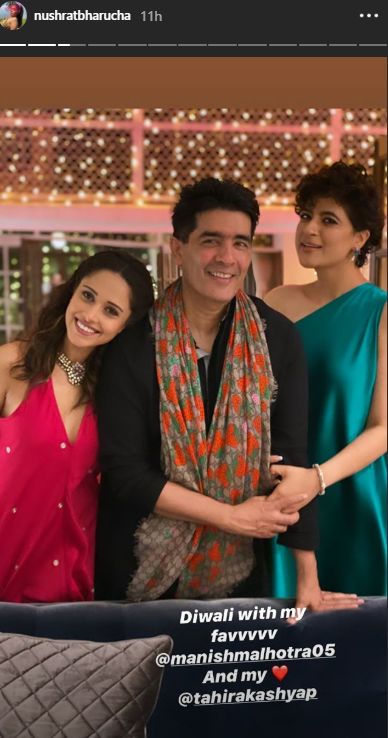 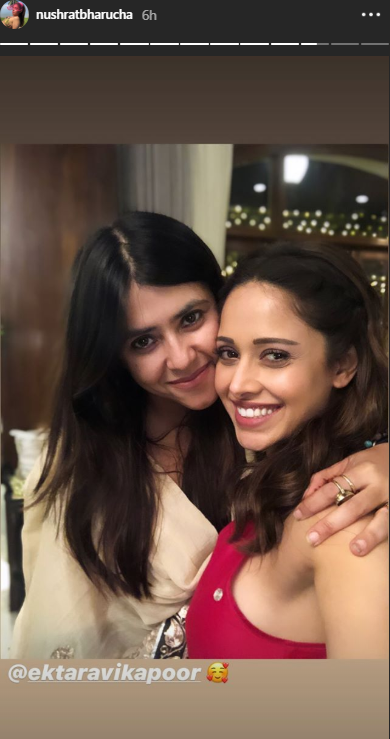 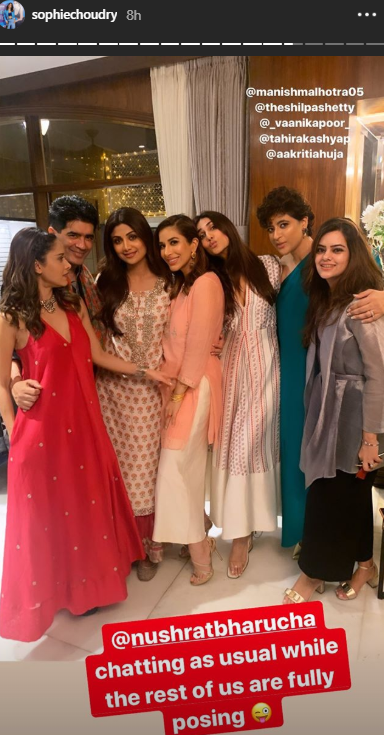 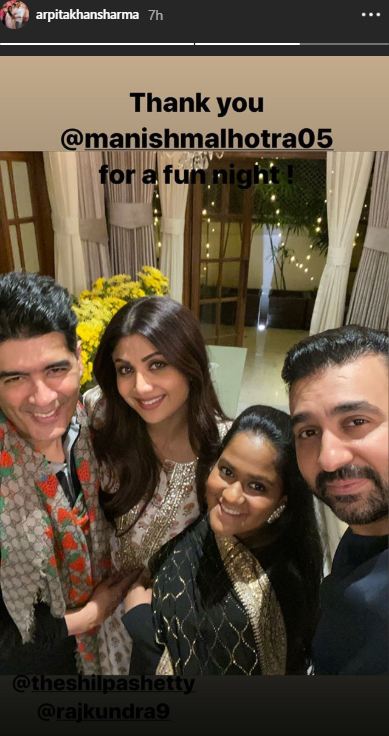 On the work front, Shilpa Shetty will next be seen in Nikamma. Vaani Kapoor, who was last seen in War, will feature in Ranbir Kapoor's Shamshera.