Diwali 2019: From Shah Rukh Khan To The Bachchans, How Bollywood Will Celebrate The Festival

Shah Rukh was recently in New Delhi for an event and he said he'll be back in Mumbai in time to attend big Bollywood Diwali parties. 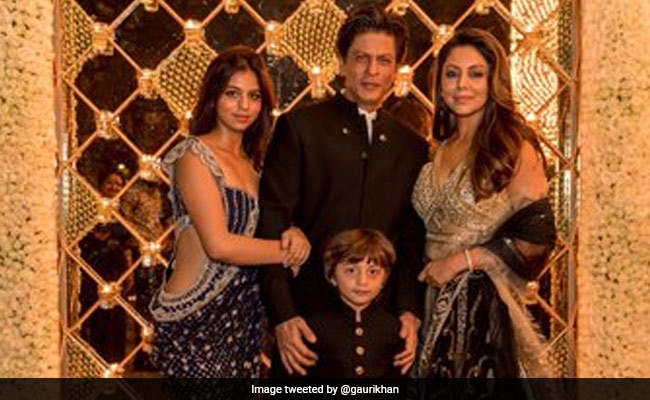 Ahead of Diwali, Bollywood celebrities including Shah Rukh Khan, Alia Bhatt, Taapsee Pannu and Malaika Arora let us in on their plans for the festival of lights. Some celebrities have planned their work calendars in a way to take a break and spend time with their respective families on Diwali while some will continue working on the day. Shah Rukh Khan was in Delhi for an event and took his son AbRam around the city for the pre-wedding festivities, however, the actor will return to Mumbai by Sunday in time to celebrate Diwali with his family and colleagues. "I would love to spend Diwali here (in New Delhi) but there are a couple of parties back in Mumbai that we have to attend. That has become a culture. So, I have to rush back," Shah Rukh told news agency IANS.

One of the parties Shah Rukh may attend on Sunday is reportedly hosted by Amitabh Bachchan. The Bachchans are hosting Diwali party at their home after a gap of two years and they've invited the creme de la creme of the film industry to their Mumbai bungalow Jalsa. Jackky Bhagnani and Mallika Bhat hosted respective Diwali parties on Friday but Anil Kapoor, Shilpa Shetty Kundra and Ekta Kapoor are also expected to host grand Diwali parties over the weekend.

Meanwhile, Taapsee Pannu, whose latest film Saand Ki Aankh opened to fabulous reviews on Friday, two days before Diwali, told IANS that she will "spend time with family like every Diwali." She said, "Difference being I have called my parents to Mumbai this time instead of going to Delhi myself. I will follow the ritual of making rangoli and painting diyas. I will do a small ardas at home and have dinner together."

Sonakshi Sinha also opened up her Diwali plans, which doesn't include work. Sonakshi told IANS that though she prefers being home with her family for festivals she's not fussy if there's work to be done. "I'm not working on Diwali day fortunately because I think the entire industry takes an off on this auspicious day! My plans are to do the pooja at home and then go visit some friends who are having Diwali parties at their homes." She added, "But if I have to work I'm okay with that too... because you know what they say - work is worship."

Unlike Taapsee and Sonakshi, actress Alia Bhatt will spend the day working. Alia Bhatt's work-in-progress project Sadak 2 will take her to Ooty. Sadak 2 is directed by Mahesh Bhatt and she co-stars with her sister Pooja Bhatt in the movie.

Richa Chadha, who also cleared her work calendar to celebrate the festival with her family, told IANS, "With all of our busy schedules, my parents insist that all of us must be in the same city for the festival whenever possible... As a kid growing up in Delhi, Diwali was very hectic with our families doing the annual 'Diwali gifting' trips for two weeks before and after the festival. The good thing about this exercise was that we got to meet relatives at least that one time every year. Now, Diwali is about the parties, cleaning up and being conscious about the needs of others. We have never really burst crackers, so this year won't be any different."

What are your plans for Diwali?