Shah Rukh Khan On His Love For Delhi, His Film Yes Boss And More

"When people say you aren't a Dilliwalla, I don't know how to express it," said Shah Rukh Khan 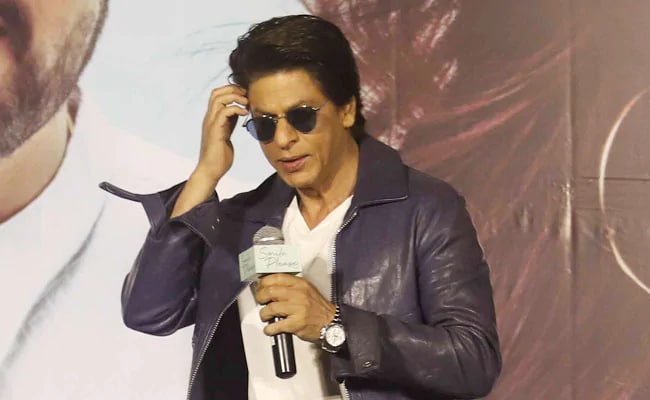 Bollywood actor Shah Rukh Khan, who was recently in Delhi for an event, shared his love for the city. The 53-year-old actor said that he "never imagined" that he will be an actor and said, "I genuinely never thought I would be an actor or I would work in the movies, that's why I tell people, some of the things you don't think about, will happen to you and they are the best things of life-you just don't know it yet." The occasion was - Delhi's first multiplex, PVR Anupam announced its renovation. Speaking of his love for the city, Shah Rukh Khan said that city would never really leave him. He added, "Whenever I sit on a flight to leave for Delhi, I always feel my mom and dad are here so I go and visit their graves. So, when people say you aren't a Dilliwalla, I don't know how to express it. Delhi can't leave me because my parents are here."

During the event, PVR Anupam's Chairman and Managing Director Ajay Bijli recalled that it was Shah Rukh Khan's 1997 film Yes Boss that was screened at the theaters for the first time. "We opened this theater in June 1997, it was a joint venture with an Australian company, I was told to play English movies and when Yes Boss got announced the name was in English. So, I slipped it in, it was running at 100% occupancy compared to all other movies. I thought to myself if I ever revamp this place, will request Shah Rukh Khan to come and make It more relevant for the youth" and he did just that.

Sanjeev Kumar Bijli, the Joint MD of PVR Ltd ended the evening by saying they are expecting a brand new launch for PVR Anupam by April 2020 and that they hope to see Shah Rukh Khan's bond with PVR continue at the re-launch as well.