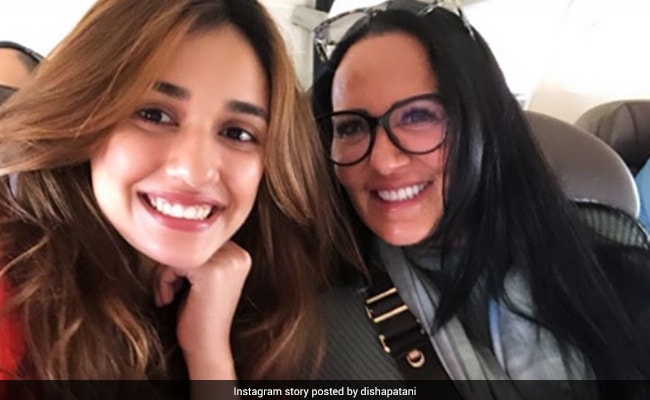 Disha Patani, who is said to be dating her Baaghi 2 co-star Tiger Shroff, wished the actor's mom on her Instagram story on Friday. Disha posted a picture with Ayesha Shroff, 60 and she captioned it: "Happy Birthday my beauty" and she added a couple of heart emoticons. Ayesha Shroff and her daughter Krishna Shroff frequently comment on Disha's Instagram posts, which places them on the trends list. See Disha Patani's birthday wish for Ayesha Shroff here: 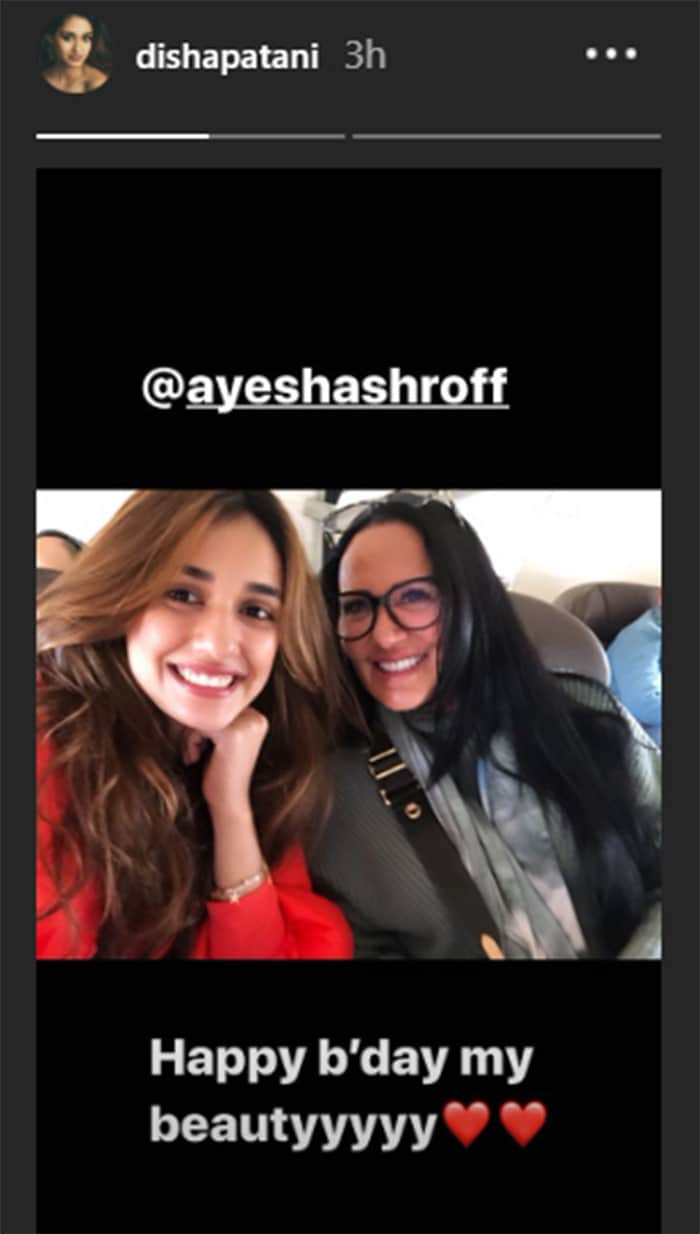 Ayesh Shroff, whose birthday coincides with her wedding anniversary, received a super cute wish from her husband Jackie Shroff. Jackie Shroff wrote this is in his Instagram post: "Uparwale Ki meherbani.... 43 years not out.... 60." Jackie Shroff and Ayesha Shroff, a former model and actress, got married in 1987. She is a producer, who has backed films like Jis Desh Mein Ganga Rehta Hai, Boom and Grahan, among others.

Meanwhile, Disha and Tiger shared screen space for the first time in music video Befikra. They later co-starred in the 2018 film Baaghi 2. Disha recently worked with Tiger in the Baaghi 3 song Do You Love Me.