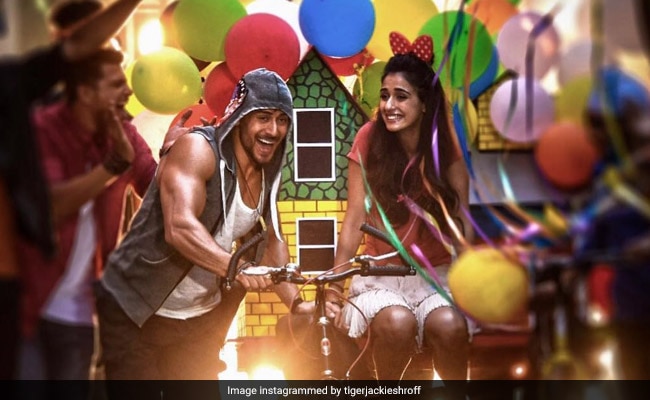 Tiger Shroff, who just returned from Serbia after wrapping a schedule of Baaghi 3 on Tuesday, took a trip down memory lane and revisited his Baaghi days from the past. The Baaghi franchise is known to be an action-heavy series of films, which required Tiger to undergo extensive training for pulling off the stunts and action sequences. Sharing a simple video featuring the theme of Baaghi 2, Tiger wrote he's glad that he survived his 40 days of training and shooting in Serbia: "Looking back at something special... and glad came out of those 40 days in one piece," he captioned. Tiger Shroff's rumoured girlfriend Disha Patani, who co-starred with him in Baaghi 2, dropped this cute little comment: "I'm glad too."

Looking back at something special...and glad came out of those 40 days in one piece#baaghi3 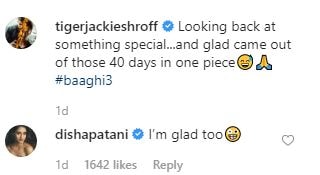 The third instalment of the Baaghi is being directed by Ahmed Khan and it will be collaboratively produced by Sajid Nadiadwala and Fox Star Studios. Ahmed Khan also helmed Baaghi 2. Baaghi 2 turned out to be a blockbuster at the box office with lifetime collection of over Rs 150 crore. The first part of the Baaghi series was directed by Sabbir Khan and was also a super successful film.

Tiger Shroff announced his return to the franchise with Baaghi 3 in a post last year. Tiger reunites with Shraddha Kapoor in this film, who co-starred with him in the first part. Riteish Deshmukh is expected to play the role of the antagonist in Baaghi 3.

Did you know that the makers of Baaghi 3 were considering training Tiger Shroff by agents of Mossad, Israel's national intelligence agency? "As far as being trained by Mossad is concerned, that was the initial discussion and we are still wondering what art form we are going to use for my character this time in the film," Tiger had told news agency IANS earlier this year.

Baaghi 3 is scheduled to hit screens next year.