Tiger Shroff stepped in between swarming fans and Disha Patani to ensure that she's at a safe distance from the crowd. 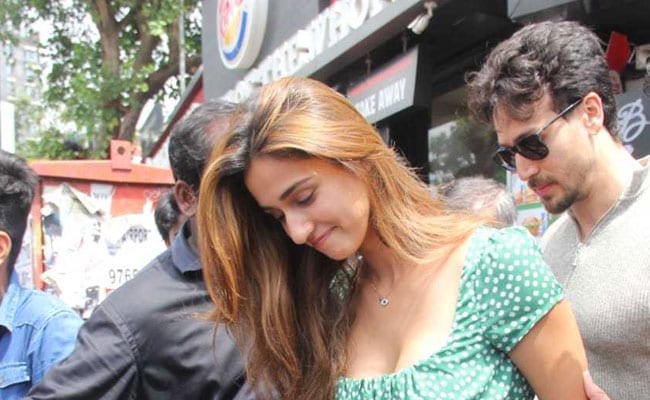 Pictures of actress Disha Patani being mobbed by a group of fans, waiting for her outside a Mumbai restaurant, are circulating on social media. Disha visited Bastian on Sunday afternoon with actor Tiger Shroff (whom she's reportedly dating) and as they exited the eatery, Disha was mobbed by the crowd. Tiger Shroff stepped in between swarming fans and Disha to ensure that she's at a safe distance from the crowd. Disha Patani, 26, dressed in green polka-dotted dress, maintained her cool and smiled all through while Tiger Shroff along with the security personnel navigated their way through the sea of fans and paparazzi to their car.

Here are latest pictures of Disha Patani and Tiger Shroff outside Bastian: 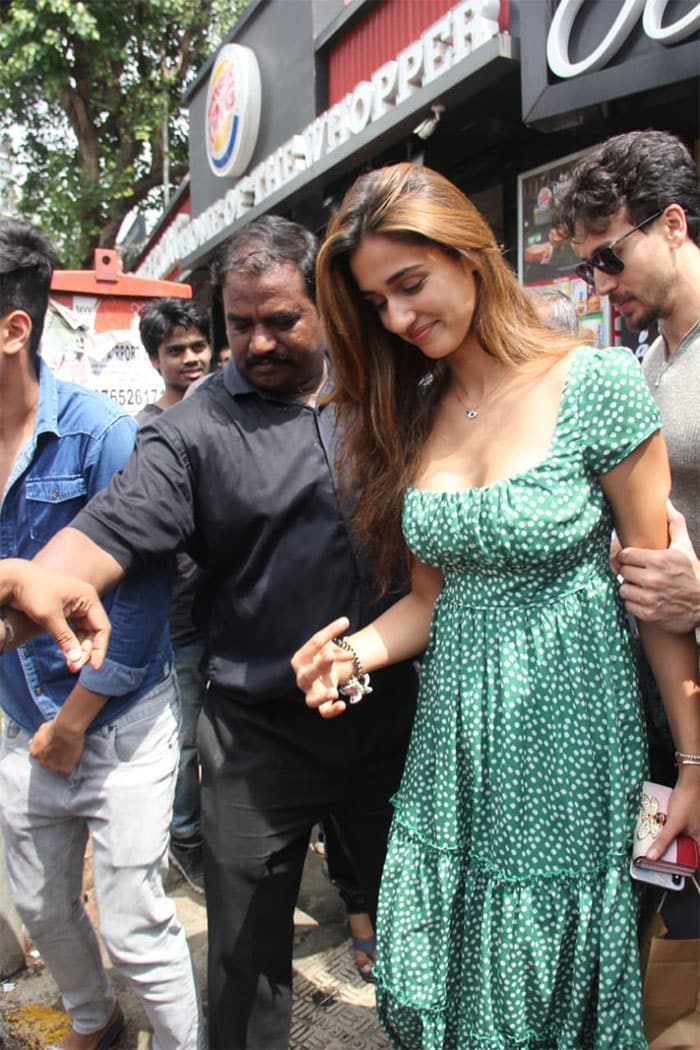 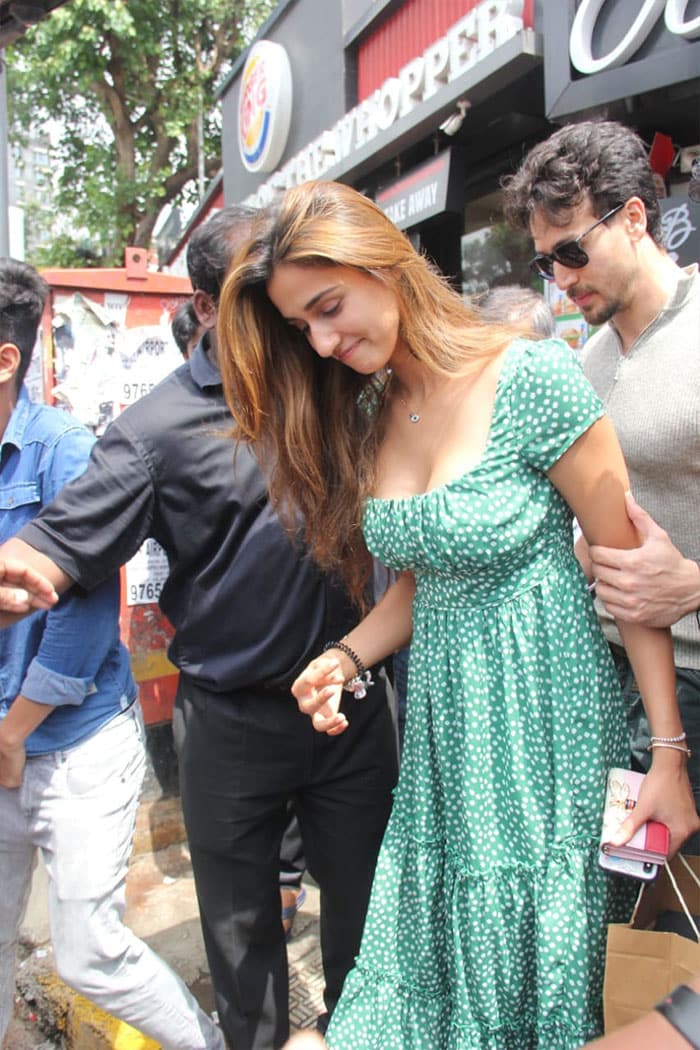 Disha Patani and Tiger Shroff are frequent visitors at Bastian. Recently, Disha also celebrated her birthday with Tiger Shroff and some close friends there and post dinner, Disha and Tiger were swarmed by fans waiting outside. They met the crowd with happy faces.

Earlier this month, a video of a fan grabbing Miley Cyrus as she was exiting her hotel in Barcelona with her husband Liam Hemsworth went insanely viral on social media. Before that a video of Malaika Arora being mobbed by selfie-seeking fans at a shopping centre in Mumbai went viral. Malaika initially stopped and posed for pictures but she had to dodge them as the crowd refused to disperse.

On the work front, Disha was last seen opposite Salman Khan in Bharat and her next film is Malang alongside Anil Kapoor and Aditya Roy Kapur.