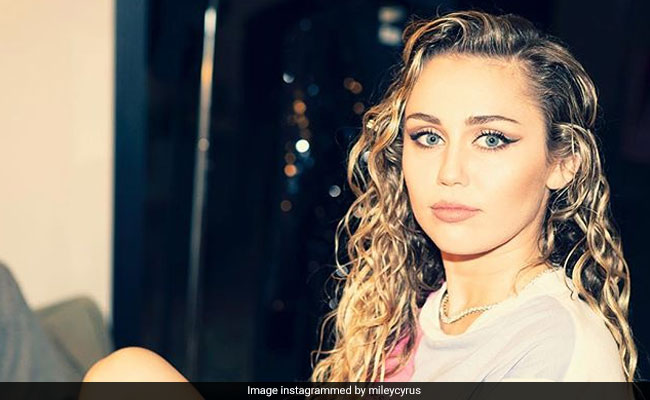 A disturbing video of a fan grabbing singer-actress Miley Cyrus in Barcelona over the weekend has spread like wildfire across the Internet. Miley, 26, was mobbed while leaving her hotel with husband Liam Hemsworth and one person got uncomfortable close - the video reveals that she was grabbed from behind by the neck and pulled towards an unidentified fan who then attempts to kiss her. The fan was pushed away by a man behind the singer, possibly Miley's bodyguard, and Liam then put his arm around her and steered her through the crowd. The video was posted on Twitter by a user who clarified that it had been sent to him by a friend. You can watch it here.

Miley Cyrus, who was in Barcelona to perform at the Primavera Sound Festival, has not commented on the frightening encounter although InStyle quotes a source as saying she was 'unsettled.' Liam Hemsworth has not commented either.

Several comments on Twitter note that Miley Cyrus' security detail ought to have prevented the fan from making any physical contact at all. It's not just female celebrities who have had overenthusiastic fans getting too close. In 2015, Maroon 5 frontman Adam Levine was accosted by a female fan at a concert in California; a female fan also forcibly kissed Matt Damon as he was exiting the Golden Globes some years ago. Closer home, Malaika Arora was mobbed at a mall and forced into posing for pictures with fans.

Miley Cyrus, a former Disney star, has a new EP out. She and Liam Hemsworth met while filming 2010 film The Last Song and married last year.