Malaika Arora was at a shopping centre with her father Anil Arora, when she was cornered by her fans 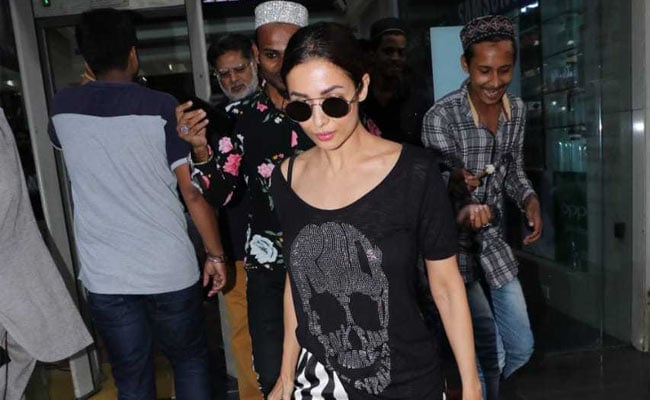 Malaika Arora exiting a shopping centre in Mumbai to avoid the mob.

A video of Malaika Arora being mobbed by fans, who insisted on talking selfies with her despite her reluctance, is going viral on social media. Malaika was at a shopping centre with her father Anil Arora when she was cornered by her fans. Malaika initially stopped and posed for pictures with the crowd which had assembled but soon she had to dodge them as they insisted on taking more pictures. Several social media users slammed the unruly behaviour of the mob and said: "This was scary... nobody has the right to behave in such a cheap manner with any woman." Another user added: "They are also human beings...they need space too.... We should be always in our limits."

Here's the now viral video of Malaika Arora being mobbed at a shopping centre:

Celebrities frequently deal with the mob (and sometimes paparazzi) who forget to maintain a dignified distance. In 2017, Suhana Khan was mobbed by the paparazzi at a screening of Salman Khan's film Tubelight. Footage and pictures of Suhana trying to not have her photo taken went viral.

Meanwhile, Malaika Arora frequently features in headlines for reports of her relationship with actor Arjun Kapoor. Recently, Arjun and Malaika trended after they attended back-to-back screenings of Arjun's new film India's Most Wanted. Speaking of their appearances, Arjun told Filmfare: "We've come out because we feel the media has given us dignity. There's a certain understanding the media has... they've been respectful, kind, honest and decent about it. That is why I felt comfortable."

Malaika Arora is best-known for featuring in tracks such as Chaiyya Chaiyya, Munni Badnam Hui and Anarkali Disco Chali, among others. She has also featured as a judge on several dance reality shows including Nach Baliye and Jhalak Dikhhla Jaa.